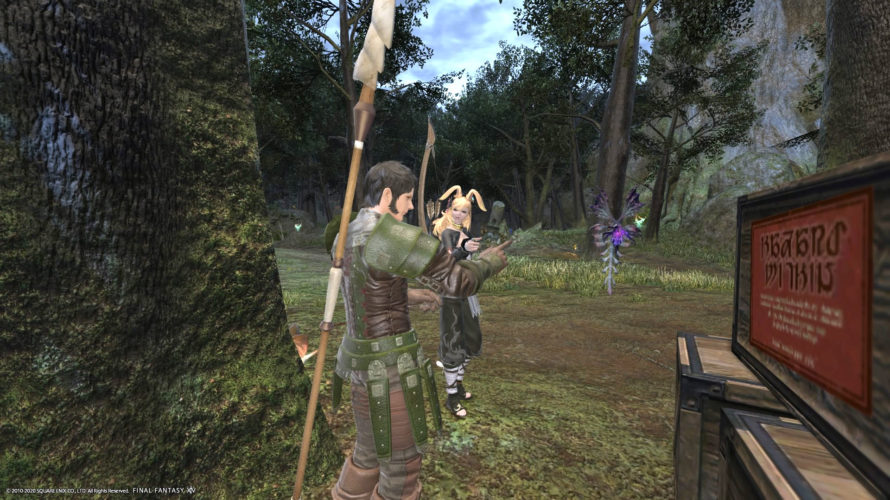 I was running some errands!
目次

I visited to Buscarron at Buscarron’s Druthers to get inform about the leader of Sylphs who don’t back from South Shroud.

He was so nice about collecting information.
There  was no way that it was for free.
I decided to help him while information were collected.

The Rule of Buscarron’s Druthers

Buscarron’s Druthers is welcomed every customers.
But customers must follow the rules.

It is banned to make a trouble by drinking and struggling.
There was such a guy, I went to draw up water from the river and throw water from his head.

Teteroon, who is a Qiqirn, had worked at Buscarron’s Druthers, and he had a lost earring.
I brought it to him.
Buscarron said Teteroon went to Limsa Lominsa so I went there to get his information.
Teteroon had already left Limsa Lominsa.
But luckily, his relative was there.
He told me the place where Teteroon is.


By the way, Qiqirns’ English level is as same as my English.
They use easy words so it was easy to understand. 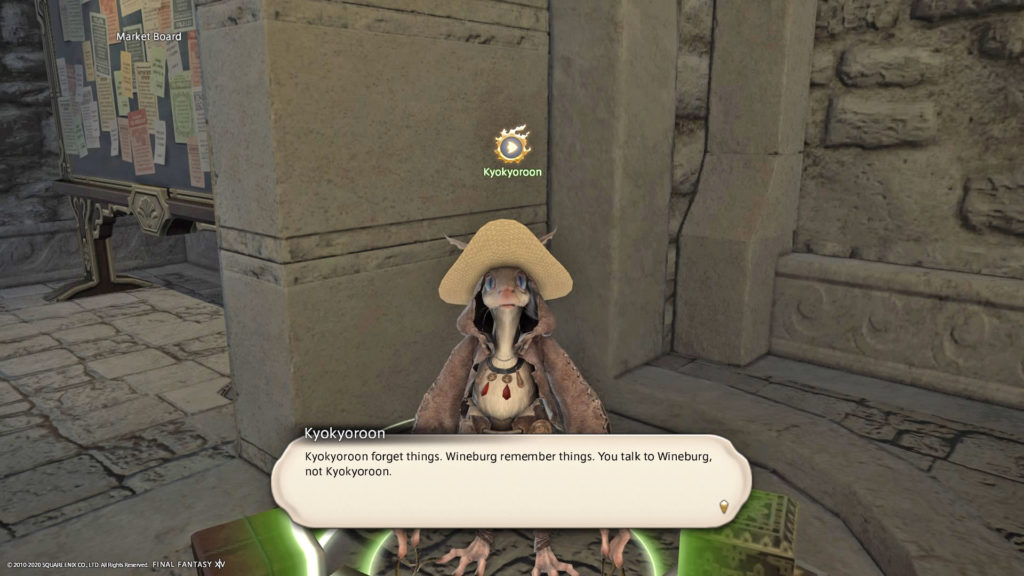 Teteroon was in Upper La Noscea so I went there.
I finally met him and I handed him his lost earring.
It made him happy.

He thanked to Buscaroon and wanted to give him his oridinal drink.
I helped him to get some ingredients and the drink was done.

While I was running errand, Buscarron got Sylphs’ leader’s sighting so I went the places.
He was sighted some places but there weren’t any hints but I met Garlean armies instead.

I returned Buscaroon’s Druthers and reported Buscaroon what happened there.
It was difficult to intrude in Gridania because there were guards.
He thought that there was a betrayer in Gridanian guard man.
And he thought he knew the man.

I visited the man, he escaped me again and again. 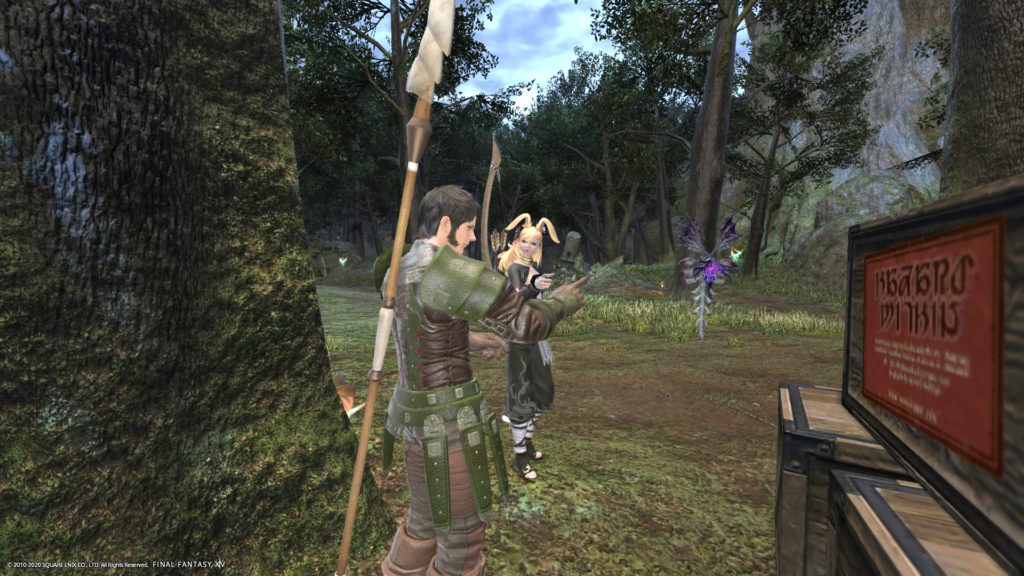 Finally, he didn’t escape but he called away Garlean armies and attacked me.
At that time, regular customers of Buscarron’s Druthers appeared. 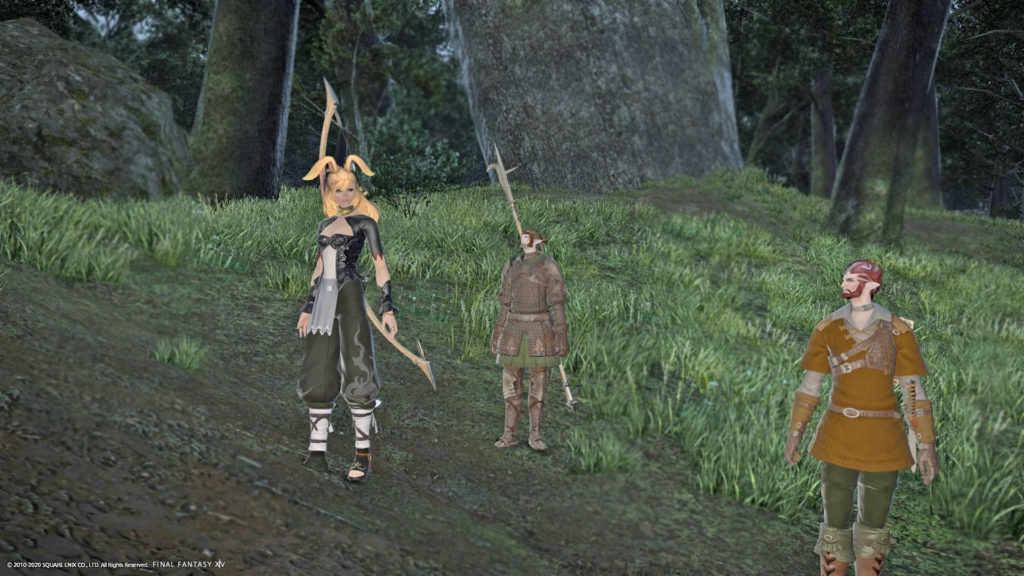 They fought with me and we defeated!

I picked up the line from the betrayer.

I dont’t understand how different between “I would like you to~” and “I want you to~”.
If you have time to teach me, please post comment.

Main scenario of the Realm Reborn will be decrease on patch 5.3.
I want to progress the story as possible as I can till then.

I will go dungeon for the first time, in quite a while so I am excited!

See you on the next HELLO WORLD!