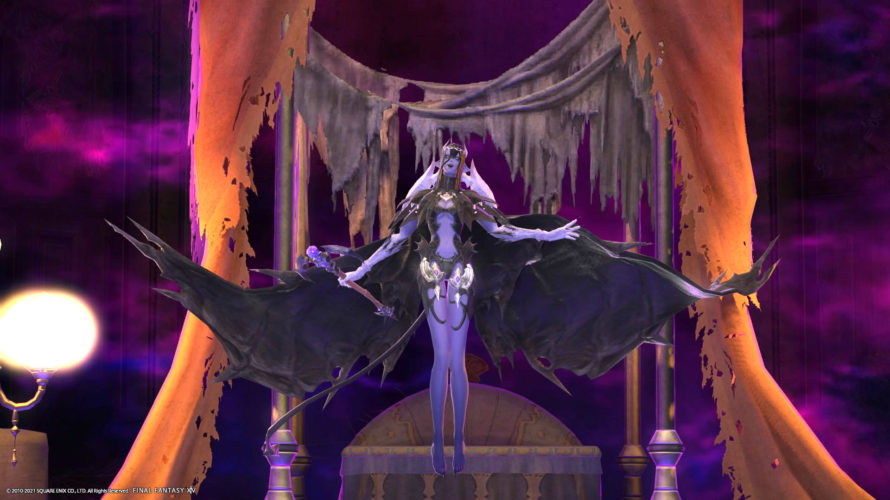 This is for the first time in almost five months.
I’m on the way to pursue the masked man.
Click here for the detail.

I played the seasonal event at first. 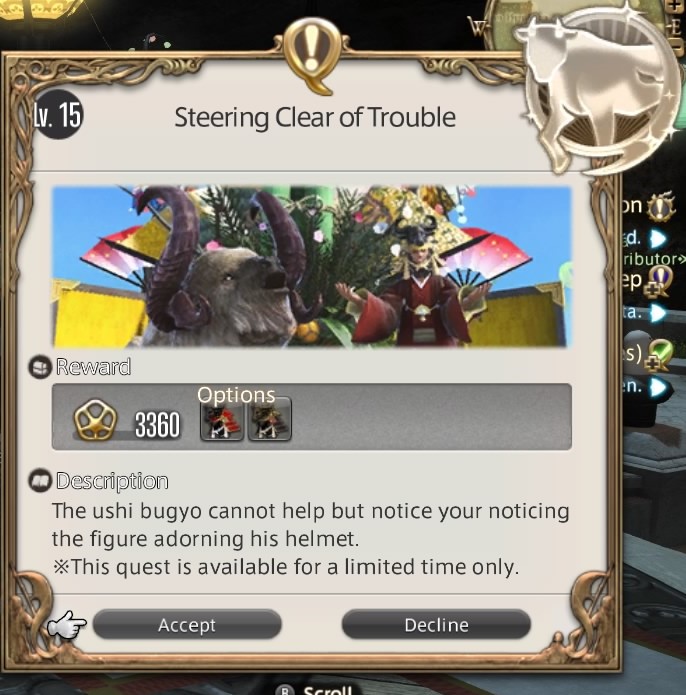 I was lucky because the event FATE was just beginning so I joined the FATE without waiting.
After completing the FATE, I handed out rice cakes for the people of Limsa Lominsa. 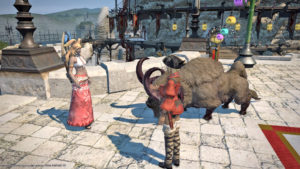 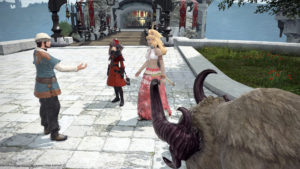 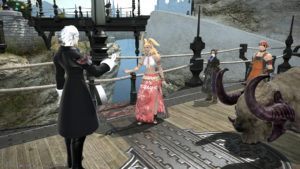 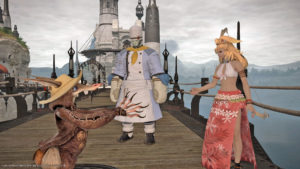 It appeared the related people with Limsa Lominsa and I enjoyed it.

By the way, I could get an achievement to complete the seasonal quest.
In Japanese, the achievement name is “A5 Rank”.
It means the grade for Wagyu beef, and A5 is the highest grade given only to the finest beef.

I was looking into the lady’s body without face to pursue the masked man.
It was hard to identify the body but she had a characteristic lily button.
The  button might be hint for the body’s identify so I decided to investigate the button. 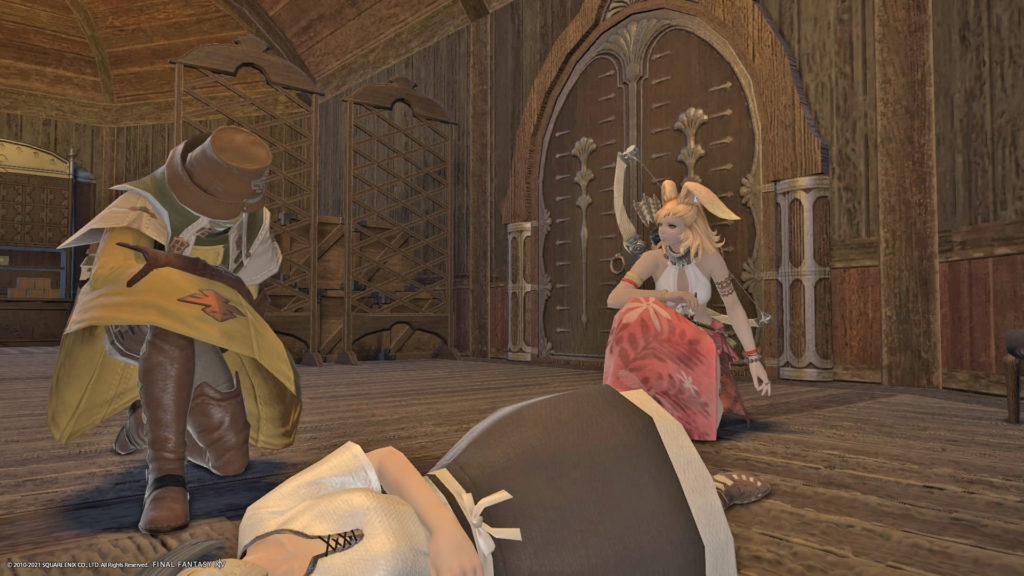 The well-informed person in Gridania is Mother Miounne!
I visited her and show her the button. 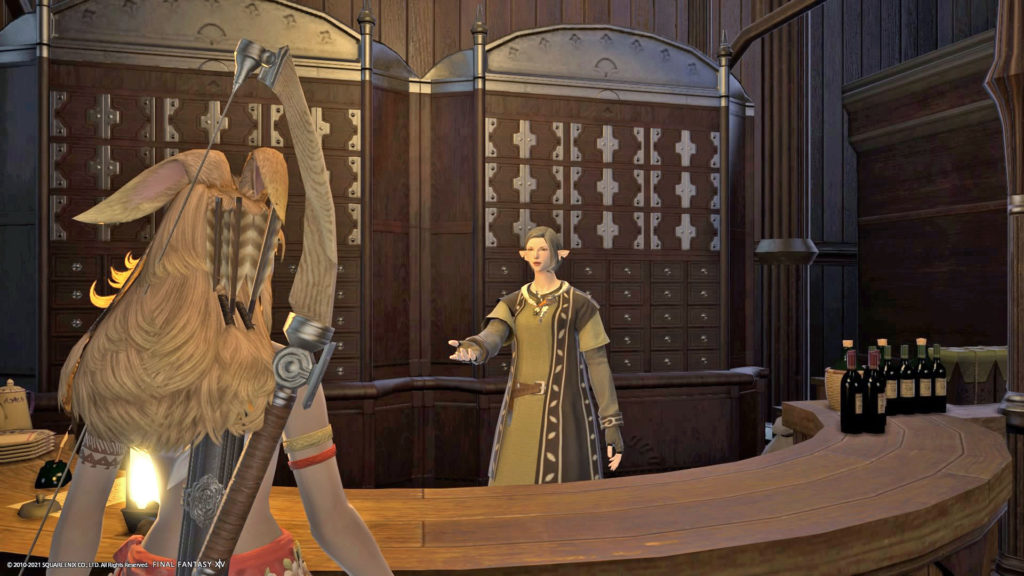 Unfortunately, she didn’t know the button but told me people who knows about it. 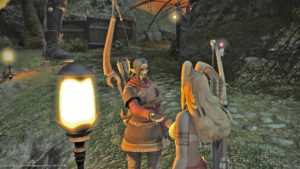 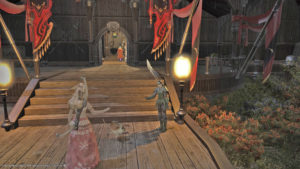 Even after that, I couldn’t find any clue, but finally, I was introduced a man who has an important clue.

This is the man. 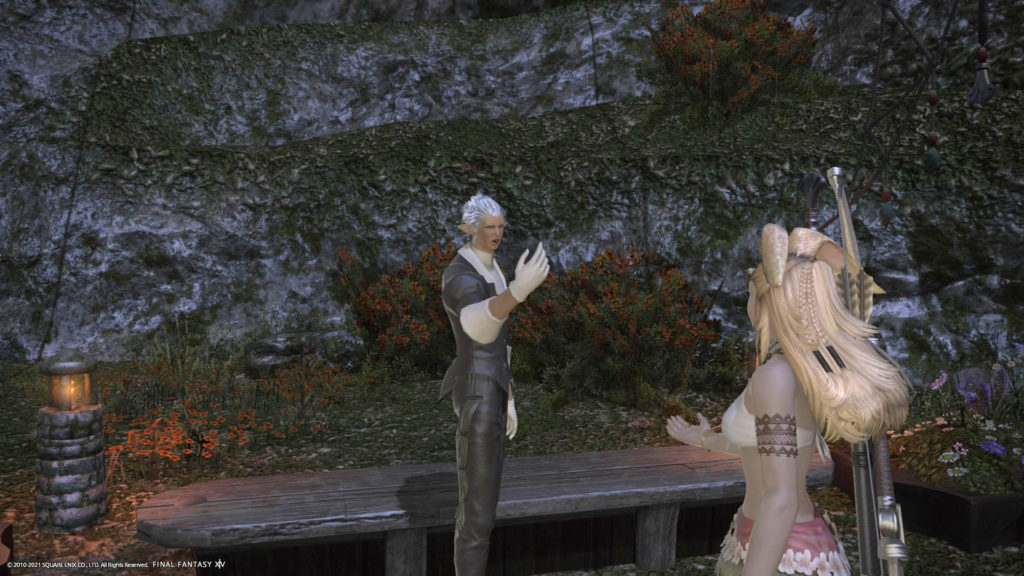 I was waiting to enter the dungeon for 15 minutes by Duty finder.

The final boss is the lady. 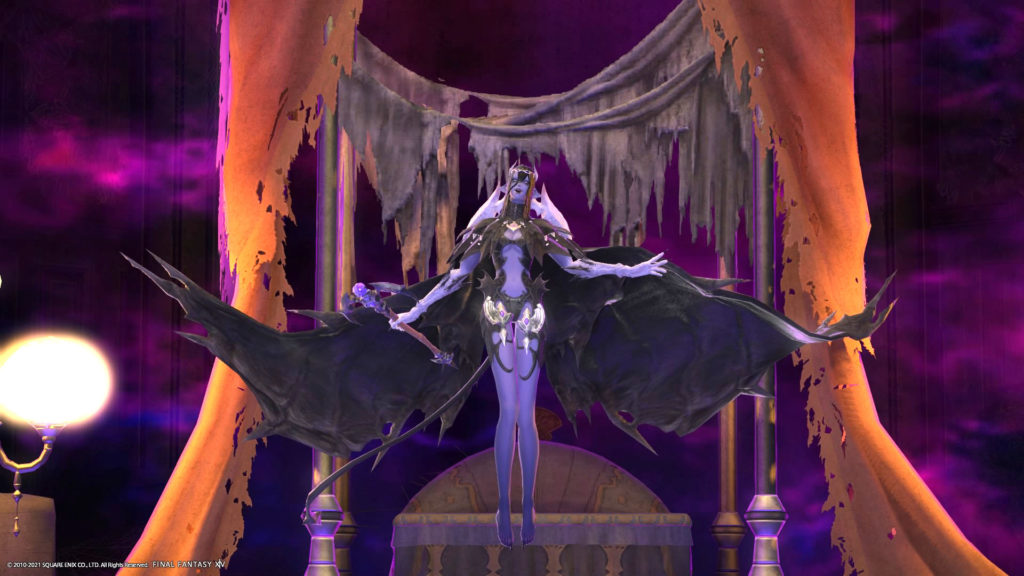 When this happens, it’s no longer an atmosphere that can be saved.
I felt the terror of the masked man.
I reminded myself that I need to be careful about people who slip in with kind words.
It’s  the same in the real world.
While I was thinking such a thing, two masked men, Ascian were appeared in front of me. 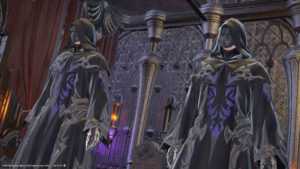 I was ready to fight them but they just talking and left here.

It’s been a while since I’ve been to HELLO WORLD, but I remembered more of the previous parts than I thought.

I like the Heavensturn.
It was great to see the rare sight sight of Merlwyb to go shopping by herself, but the best part of scene for me was these two!
Rhosewen the captain of the Sanguine Sirens and Carvallain the captain of the Kraken’s Aarms.
I was satisfied to see these two cross paths for the first time in a long time.