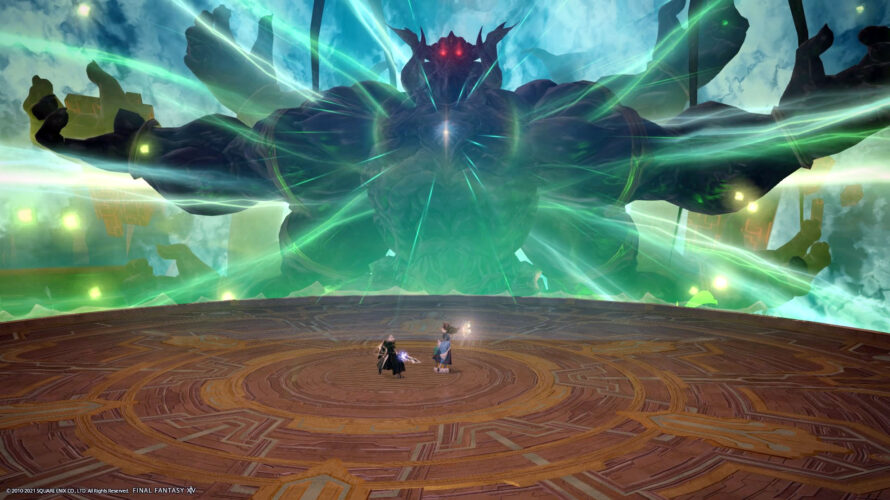 Hi, this is Karin(@KarinMie_en). I went for revenge to Sephirot! Members Jobs were as same as last time.Ekott: Paladin (Tank)Karin: Scholar (Healer) Succeed to Attack First Half Phase This phase is the fight before giant Sephirot.There were nothing problems so it was okay just attack Sephirot until “Fiendish Rage”. [Adds Phase]This phase is also easy.Just kiss enemies when they pop-up.They burst when they are defeated so it’s better to spell effect like Regeon.You don’t need to care of the order to defeat. First half phase is up to here.It’s kind for meathead, like me, this phase can pass just by attacking. Second Half Phase From now on, we fought to giant Sephirot.We need to understand the gimmicks from here.  When the second half of phase begins, the floor will soon flash yellow.We started to move after yellow flashing. After that, Sephirot put green and orange balls from his hand.To see own debuff color, and move to the ball as same as color your the debuff.Then the towers were appeared, and connected by a line with Sephirot.-Green : Move in front of the stage-Orange : Move into the tower If there is a healer, it’s better to create barriers for each […] 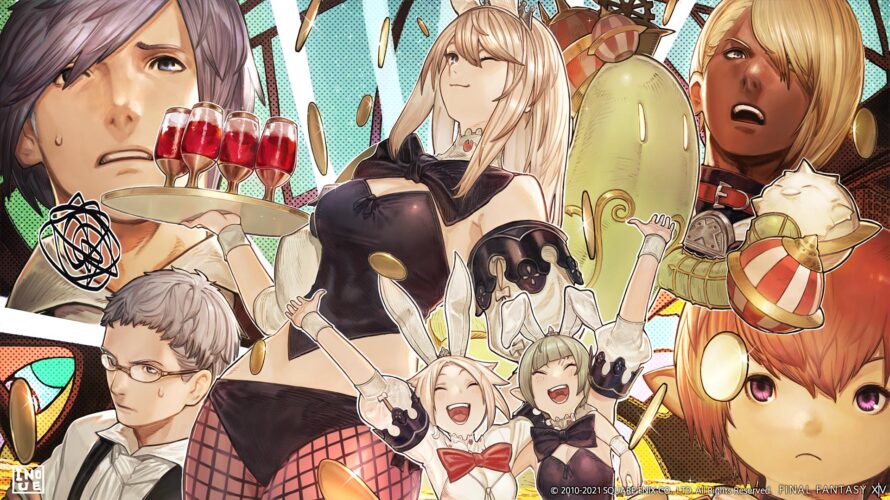 Hi, I’m Karin(@KarinMieee) The Make It Rain Campaign again!We can earn 50% more MGP while this period.In addition, some items are discount so this is a chance to get items what you want! Outline of the Event The Event Period 7From Monday, July 19, 2021 at 1:00 a.m.to Wednesday, August 11, 2021 at 7:59 a.m. (PDT)*The seasonal quests cannot be completed after the event has concluded. The place to Order the Quest and Requirements The event quest can receive an order at Ul’dah, Steps of Nald, X:9.4 Y:9.2 from Ollier. <Requirement>-Level 15-Players must first complete one of the following main scenario quests:“The Gridanian Envoy”, “TheUl’dah Envoy”, “The Lominsan Envoy”. Event Items [Emotes] Vexed[Items] MGP Bronze Card MGP Bronze Card is 5000 MGP points add when you use it. In the End I have little items to exchange MGP, so I’m planning to play more proactive than usual during this period at the Gold Saucer. The emote is funny to pop up effect upon my head!

The Way to Get “Iron Troch” [Housing]

Hi, this is Karin(@KarinMieee). There are many hosing items in FFXIV. I introduce about “Iron Troch”, today. Iron Troch Iron Troch is a wall-mounted lighting. The flame of the troch is flickering. The flickering fire might get the adventures hooked! How to Get This is the dropped item from the dungeon. Dungeon: Malikah’s Well Requested level: 77 In the End It might be hard to obtain because drop item is dependent on luck. It’s good to create a room that makes use of the flickering fire, which is different from a lamp. 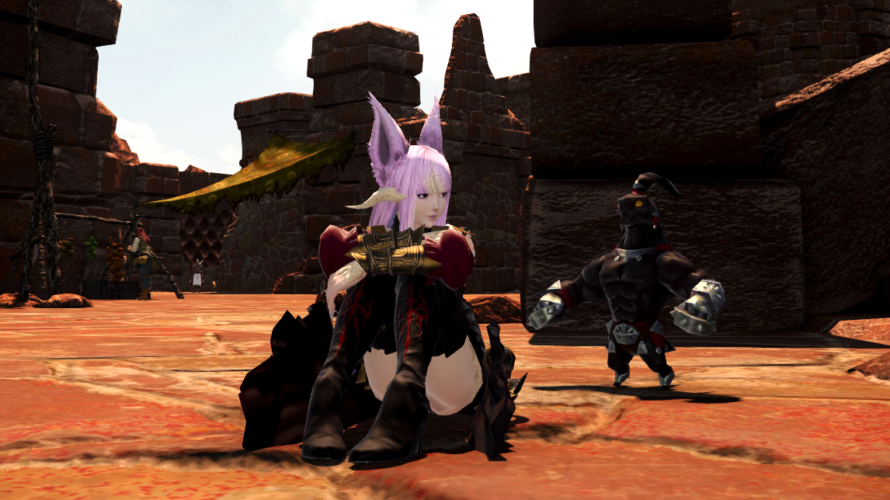 Hi, this is Karin(@KarinMie_en). This article is about “how the Gyr Abanian Plait looks and how to get it”. Appearance <Front and back>   <Side>   <Put on headgear>   How to get it It drops randomly from Silver-haloed Sack in Heaven-on-High. Heaven-on-High can enter at level 61. Silver-haloed can get there between first to thirty floor. You can also get it on the market. In the End It looks different depending on the angle you look at it from, and I think it’s a good balance of cute and cool hairstyle. This is random dropped item but now, you can get it by the even “Moogle Treasure Festival 2021“. It is exchangeable by 50 Tomestones! I hope this article is helpful for you:) 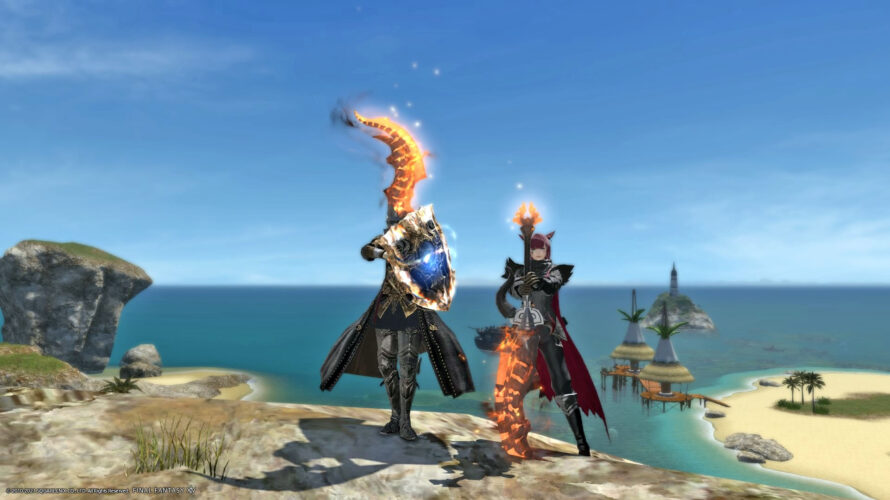 Hi, this is Karin(@KarinMie_en). You can enjoy dress up your chocobo in FF XIV.There aren’t any status with chocobo armor so you can choose them just looking.I introduce about “Deepshadow Barding”. Deepshadow Barding It’s written that “A full suit of pitch-black chocobo armor” on the descripiton. Here’s what’s the front looks like.↓↓ I felt that his mask shows like a pitch-blakish.It’s cool looking like a assassin or spy! The Way to Obtain You need to reach rank 3 on Lakeland FATE.It required to complete the region FATEs  times with a gold medal to be rank 3. When you reach rank 3 on Lakeland FATE, to exchange 350 Bicolor Gemstone at Siulmet, Lakeland (X:35.5 Y:20.5). The amount of getting Bicolor Gemstone is changed as FATE rating.Bronze Medal: oneSilver Medal: sixGold Medal: twelve In the End Bicolor Gemstone was additional from Shadowbringers.It’s hard to complete FATE 60times but there are rare items to exchange Bicolor Gemstone so why don’t you gather one? I hope you enjoyed this article. 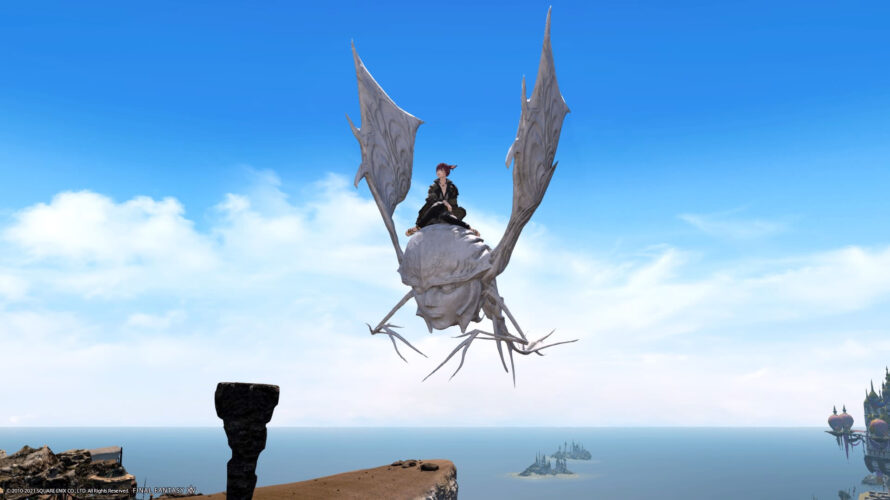 Hi, this is Karin(@KarinMie_en).2B’s and 9S’s modern aesthetics were dropped at a new alliance raid dungeon, the Tower at Paradigm’s Breach has been added from patch 5.5.Today, I show you “Modern Aesthetics – Scanning for Style“. Appearance <Front and back>  <Side> The highlights look great! Viewed from above, the highlights looks like this. In the End This hairstyle is also fit for female characters!This modern aesthetics is dropped only one for three alliance.Or you can purchase on the market.