The Secrets of Senor Sabotender

Hi, this is Karin(@KarinMie_en). I tell you about some trivia of Senor Sabotender today. Giving Buffs to Senor Sabotender To give more than two buffs to Senor Sabotender, he shows special emote. Astrologian is easy to give him buffs. First, use Diurmal Sect and use Aspected Benefic. Then, to be Nocturnal Sect and use Aspected Benefic again. Put Him Between You It cannot de by solo, but it’s so easy. Just stand across from him. Then he shows a special action. In the End I’m not going to tell you what kind of emotes they are. If you are interested in, why don’t you try these one? I hope this article is helpful for you. 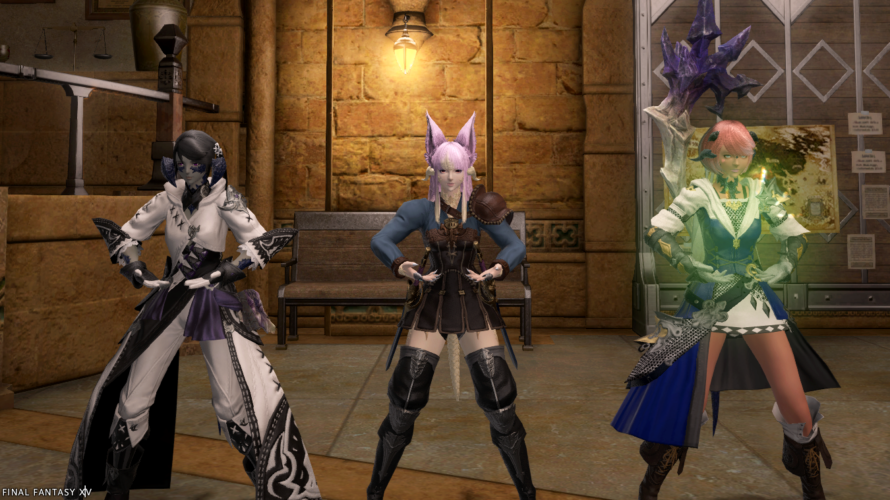 Hi, this is Karin(@KarinMie_en). Do you know that there are emotes to accomplish achievement of Squadrons?They aren’t appeared achievement rewards.This article is about the emotes. The Way to Get The emotes can get to accomplish the achievement “Dear Leader I”.You cna check the achievement, achievement > Grand Company > Grand Company. This achievement is to lead your squadron on 10 successful command missions.Command mission is to the content to go dungeons with your squadrons. When you accomplish this achievement, you can get emotes automatically. Available Emotes These emotes are squadrons often do. Squat Push Ups Abs Exercise Deep Breath In the End I know that to go dungeons with squadrons is a little tough.But you can get four types of emotes!Why don’t you try to get them?

Board the Ship at Costa del Sol 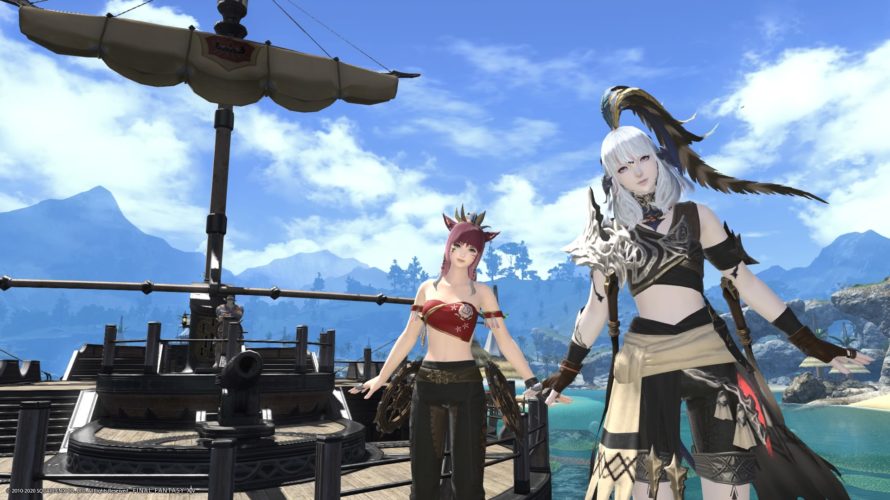 Hi, this is Karin(@KarinMie_en). Have you ever ridden the floating ship at Costa del Sol?I introduce about the ship. The Ship at Costa del Sol This is the ship.It floats here. The Way to Board It’s impossible to embark by swimming. The easiest way is by flying.You can’t fly yet, you can go there to speak to a ferry skipper. The ferry skipper is here.(X:33.5 Y:29.7)  To select “Board the Rhotano Privateer“. The View from the Ship It floats in the sea so you can see beautiful view every direction. Here is good place to speak and relax with friends because it rarely to visit other players. In the End Why don’t you visit there when you want to take a break or have a date? Thank you for reading!

The Way of Starting the Hunt 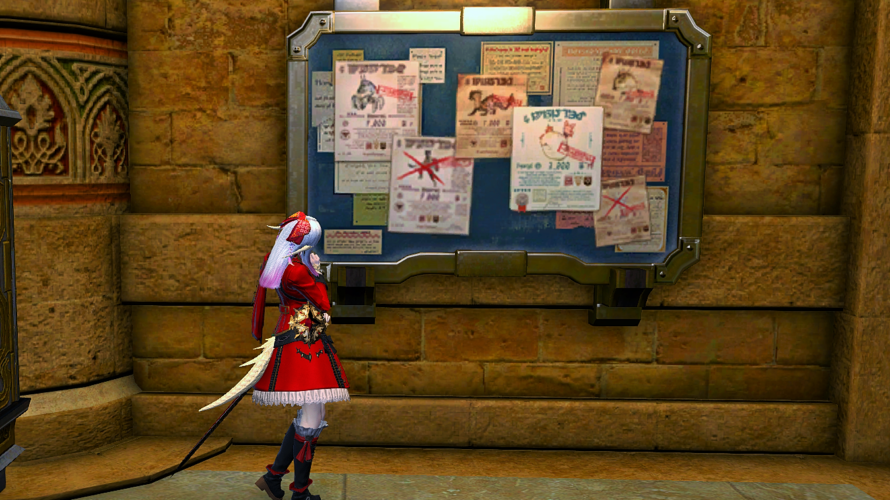 Hi, this is Karin(@KarinMie_en). This article is about the hunt. What’s the Hunt? The hunt is the content to put down the specified enemies and get rewards. There are items can get only its rewads. There are two types of mark bills;Regular Mark Bills and Elite Mark Bills. Regular Mark Bills You can find the regular marks denote enemies in the fields. You can get EXP so you can do it as leveling. New marks are updated on the hunt board once per day at 11:00 AM(EST) or 8:00 AM(PDT). There are three types of levels. Unlock the Regular Mark Bills <Requirement>1.You should be over Second Storm Lieutenant/ Second Serpent Lieutenant/ Second Flame Lieutenant2.Completed the quest “Let the Hunt Begint”. [A realm Reborn]Site of the Hunt board: Each grand companiesRewards: Gill and Allied Seals [Heaventsward]Site of the hunt board: Foundation(X:12 Y:11)Rewards: Gill, EXP and Centurio Seals [Stormblood]Site of the hunt board: Kugane(X:11 Y:10) or Rhalgr’s ReachRewards: Gill, EXP and Centurio Seals [Shadowbringers]Site of the hunt board: The Crystarium(X:9.5 Y:9.4) or EulmoreRewards: Gilll, EXP and Sack of Nuts You can get EXP except in the area of A Realm Reborn. Elite Mark Bills They are special enemies and they appear under […]

The View from the Sirensong Sea Has Changed 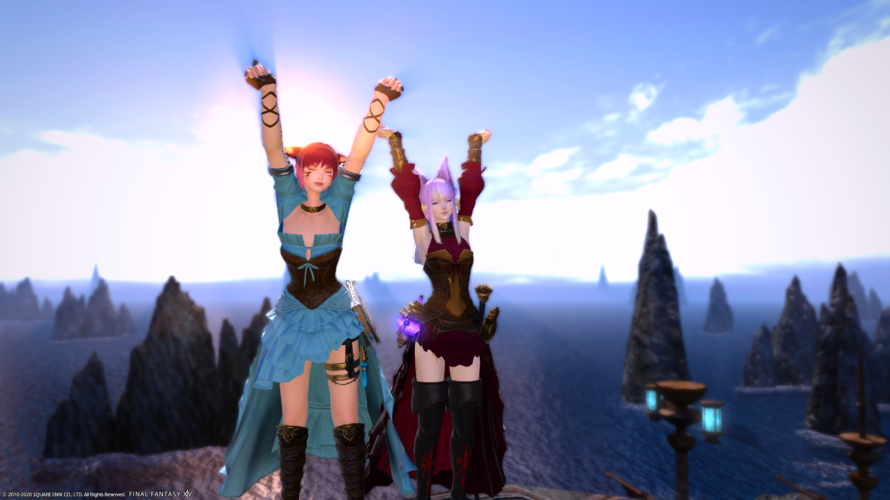 Hi, this is Karin(@KarinMie_en).I’ve heard that the scenery of the Sirensong Sea is beautiful so I went there to investigate! About the Sirensong Sea The Sirensong Sea is a Lv.61 dungeon. With the aid of Captain Carvallain and his Misery, you and your companions have embarked on a lengthy voyage to the Far East. Alas, no voyage across the five seas is entirely uneventful. The ship has been dragged off course by a mysterious force, and the men have begun to whisper of strange “things” in the water. Needless to say, you and your fellow adventurers will be having none of that. Once the ship reaches its unknown destination, you will go ashore and deal with whatever fiends you find.(from the Loadstone) This dungeon is beginning on the Misery, and the weather is really bad so I have an impression that the dungeon is poor visibility. Post-game the Sirensong Sea I’ve heard that after beating the final boss, back to the start to recall, I can see beautiful sea. So I was back to the start position, it was…  beautiful view in front of my eyes! In the End Such an attenion to detail is one of good part of FF […]

What Is the Free Company Rank? 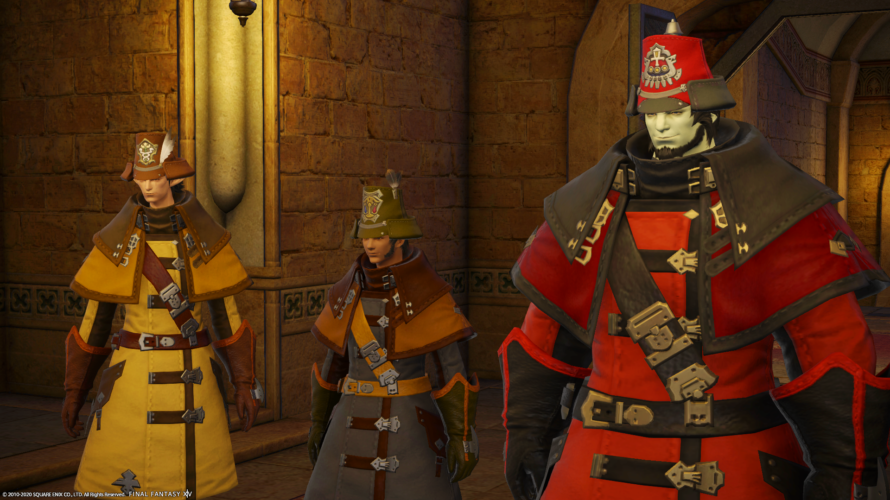 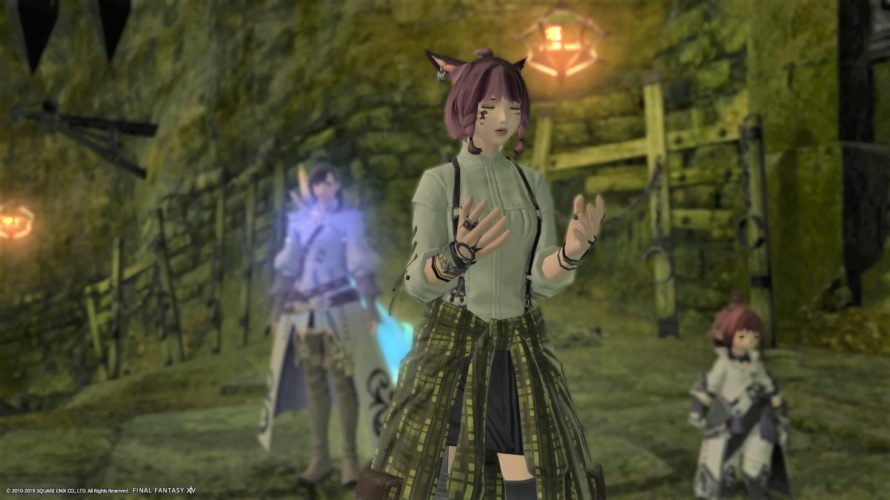 Hi, this is Karin(@KarinMie_en). You might have such a case that is you do something while applying duty finder then your application has accepted but it is bad timing.So you decline the application.Be attention! There is a penalty for declining apply. Penalty of Declining Duty Finder About to Cancel of Duty Finder To cancel of Duty Finder is to decline or to be running of time after confirmation of participation window appeared.It is not correspond with this to cancel before your application has accepted. Penalty of Duty Finder You can’t apply to duty finder for 30 minutes when you decline or time out three times a day. Why There Is a Penalty? According to these results, it is thought that to implement the penalty. -SabotageThere are people who sabotage or harass to repeat to cancel. -Many players had declinedThere were many decliners before to implement the penalty.It used to occurs to miss to go dungeons. In the End It might be cramp if players manner is bad. Don’t forget there are others and I hope FF XIV is the place to have fun playing. Thank you for reading! 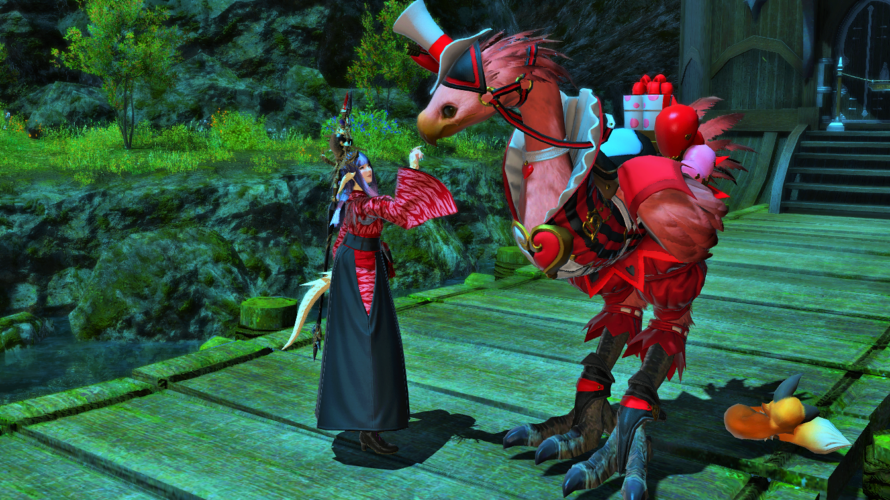 Hi, it’s Karin(@KarinMie_en). Chocobo is your buddy and he fights with you.Buddy has stances (role) and aren’t you wondering which one to choose. This article is about the features of Chocobo stances. Features of Each Stances Defender Stance It is a Tank role. Chocobo learns attack skills and to decrease to gain damage skills.It similar attacker stance but it is good balanced attack and defend. Healer Stance It is a Healer role. Chocobo learns to increase MND and skills to heal for party members mainly.He doesn’t learn attacker skills.That is different form the other stances. Attacker Stance It is a Melee DPS. Chocobo learns attacker skills mainly. Defender stance is also learn attacker skills but this stance specializes in attacking. Recommended Stance I recommend Healer stance if players are Tank or DPS. Chocobo heals you so player’s survival rate will be up. Players are Healer, I recommended for Attacker stance.You can heal by yourself so I want to attack down enemies quickly. Chocobo attacks enemy after player is attacking.so it takes time to attract enemy. In the End Chocobo’s level can up to 20 till now. Chocobo can learn all stances a maximum limit when its level is 20.And it […]

The Way to Set Up a Flag on the Map 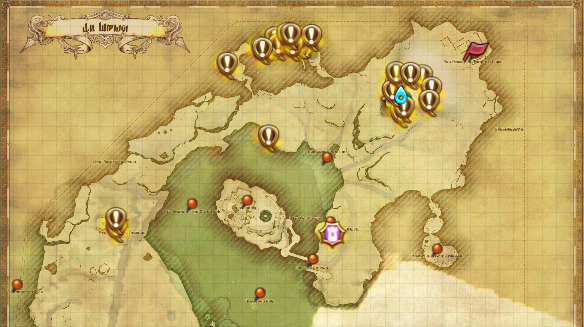 Hi, this is Karin(@KarinMie_en). You may have the opportunity want to tell the place when you hang out with your friends in the field.Then you can set up a flag. What Is a Flag? We can set up a flag on the map like this image.To tell a coordinate to party member by flag, it makes easy to meet at the point. How to Set Up a Flag 1. Open a map and decide the point to set up a flag.2.Hover the mouse over at the pint then “ctrl + right click” or “L1 + R1 button”, a flag sets up on the map.3.Be typed <flag> on your chat window, select the kind of chat like Party, and push Enter. Then your flag can check the other players.You can set up only a flag on the map. In the End When you go treasure hunts, this flag is always used.Why don’t you try to set up a flag before go treasure hunts? I hope this article is helpful for you.

The Basics of Screenshots 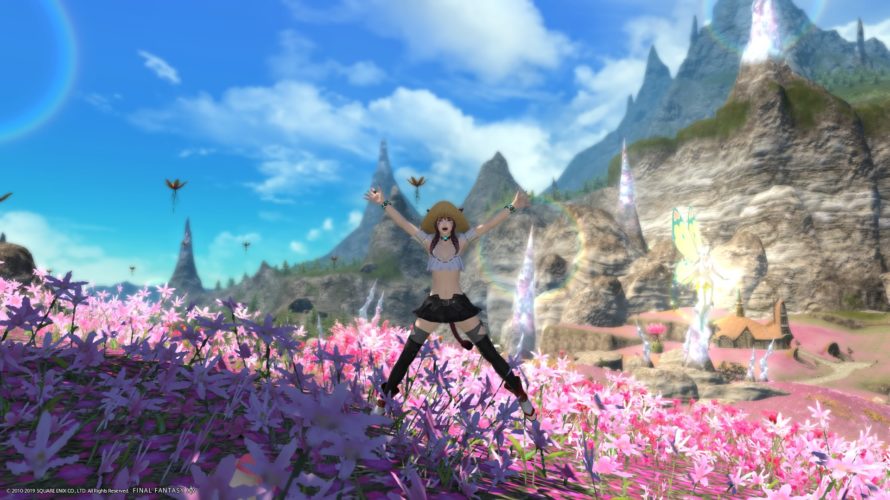 Hi, this is Karin(@KarinMie_en). Some players started to play FF XIV because of seeing screenshots on SNS. This article is about the basics of screenshots. The Way to Take Screenshots <For PC>To push print screen key.It’s usually written “Prt Scr”, “Print Scrn” or “Prt Scn”. <For PS4>To push share button on controller. The Way to Hide User Interface When you take screenshots, User Interface such as hotbar, players’ name and chat window, will be reflected.Then hiding  User Interface before you take screenshots, they might be real photos. <For PC>To push Scroll Lock key. <For PS4>L1 + touchpad button on controller. The Location to Save Screenshots They are saving at;<For PC>PC > documents > My Games > FINAL FANTASY XIV > screenshots <For PS4>Menu > Capture Gallery > FINAL FANTASY XIV The Setting of Screenshots You can change the saving location and the saving format. Open System Configuration to Other Setting. You can change them from boxed in yellow on the picture. In the End FF XIV makes much of screenshots. There are good functions like Group Pose, I went to introduce them gradually. I hope this article is helpful for you:)