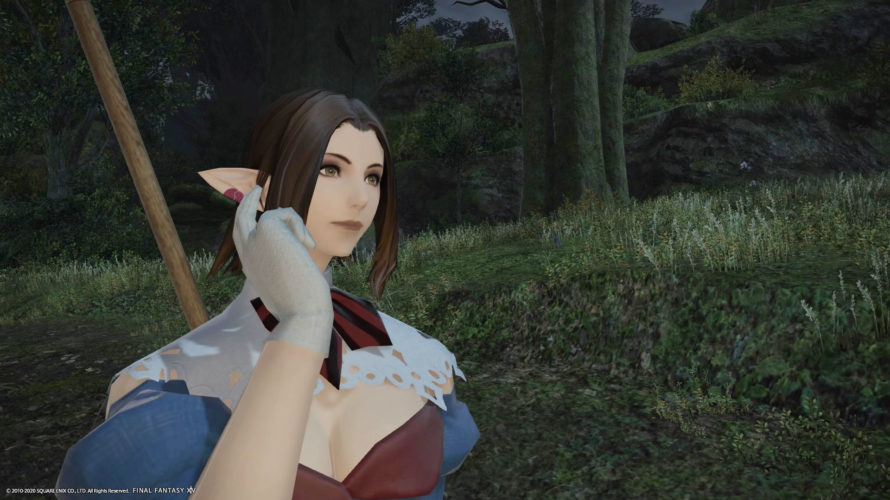 What happened in this time?
Let’s look at HELLO WORLD!

The Man at That Time

Do you remember this man?
He appeared on HELLO WORLD 13.
I was doing the main scenario at Camp Drybone, I met the man again. 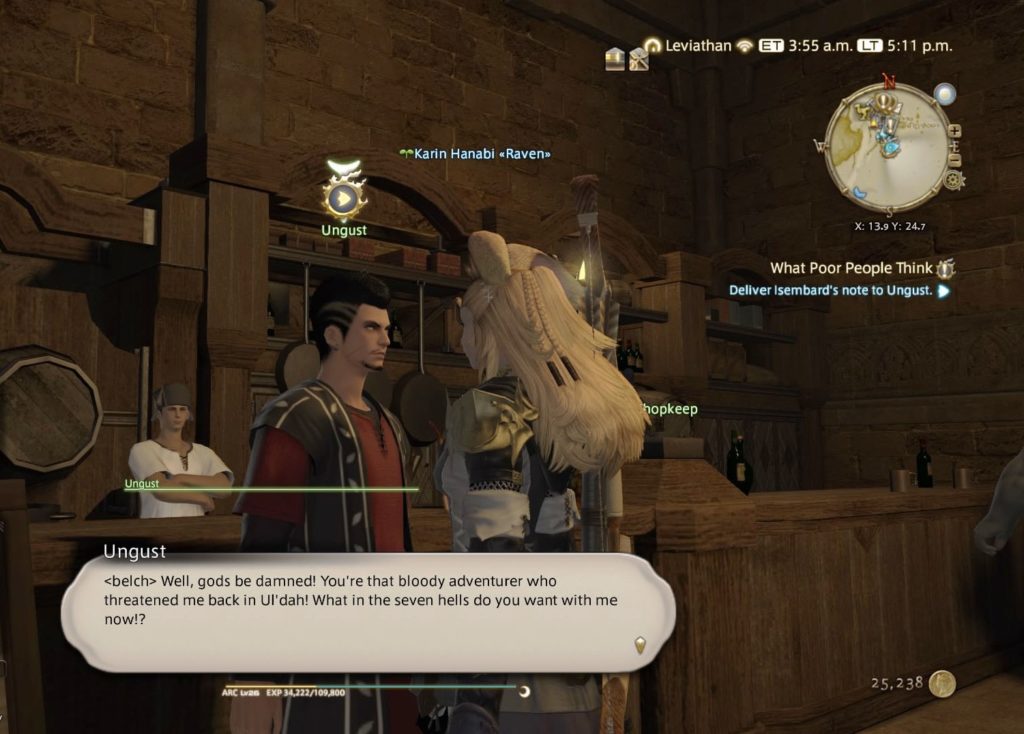 It was not a touching reunion.
He was born and raised around here so he know well inhavitants.
I was asking him about them.
He made them work harder.

I noticed to visit at Camp Drybone and at Church Saint Adama Landama.
That was, there were people who passed away. 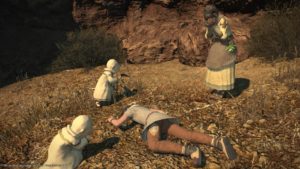 Let’s study Japanese from the woman was lost in sadness.

What?
She looked sadly because her husband passed away, but actually, she worried about how to pay off.

I was back to Gridania, I found a NPC with important quest mark.
I listened to him, he worried about his retainer didn’t back yet.
I went to see how things were going.
His retainer went to the East Shroud so I went there.
When I found her, she was surrounded by enemies so I saved her. 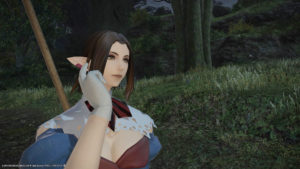 I went back to Gridania, retainer venture became available.

I received Archer’s quest because I was level 25.
I spoke to Luciane, the guild master, she spoke to me that Leih and Silvairre seemed to leave the guild.
I listened to Leih, she wanted to come to South Shroud so I went there.
Then there were Lieh and Pawah Mujuuk. 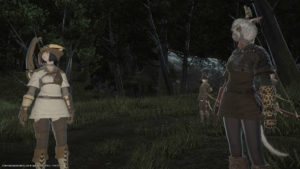 She decided to live not Gridanian but archer of Miqo’te.
Finally, I obstructed to leave her by force, and we backed to our guild.
Licianne didn’t ask me the detail but she thanked me.

I wanted to introduce cross-cultural communication but I don’t have any friends yet.

I’m planning to excerpt from conversation of quest and to introduce you as studying Japanese.