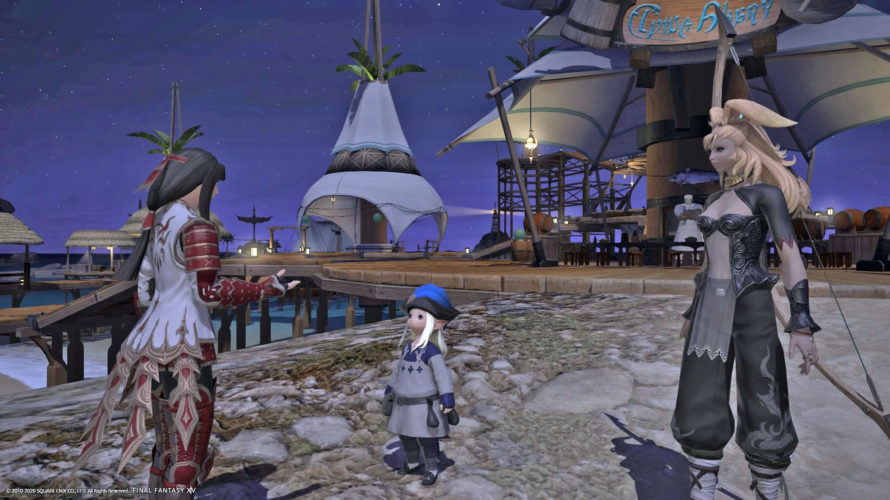 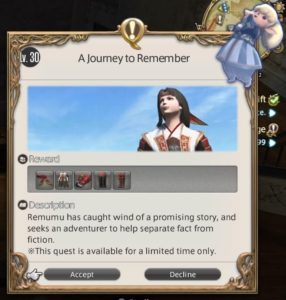 I like this quest form because there is Shantotto who is appeared in FFXI.

Iroha strayed into the world of FFXIV.
She wanted to train so I fought with her on FATE.

I took this SS waiting for FATE. 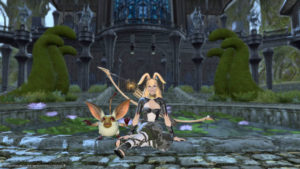 There were no players to join the FATE so Iroha and I fought together.

These FATE were also hard for me.
My level is 31 but the FATE level is 33 so enemies attack were strong for me.
I was using items to heal my HP, somehow we survived.

Iroha recovered her memories when each FATE had finished.
Watching the flash back scenes I felt I wanted to play FFXI.

I really enjoyed the event:)

I picked up the line from Iroha.

In Japanese, it is a little bit hard to understand that I appreciate or not because it concludes a negative word.
I think English is better to tell the feeling than Japanese.

I spent all of time to do the event.
But I was very satisfied because the event made me fun!

I’m going to do the main scenario, next time.
Thank you for reading.