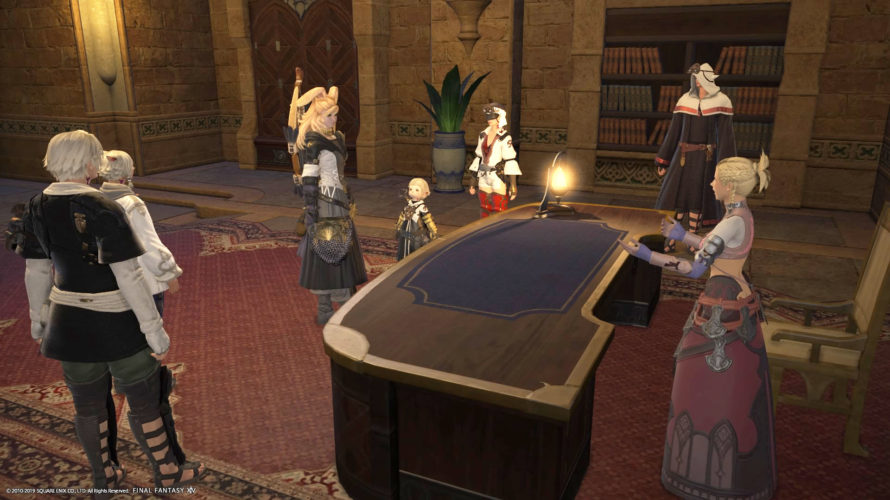 I met members of Scions of the Seventh Dawn. 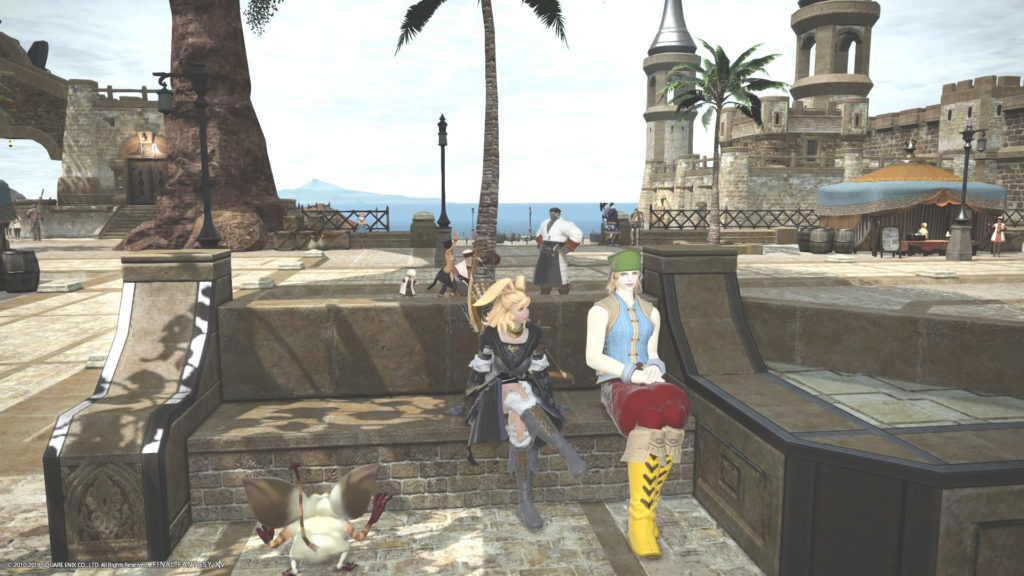 Do you know this colorful woman?
Her name is Swyrgeim.
She had 2 important quests mark so I talked to her. 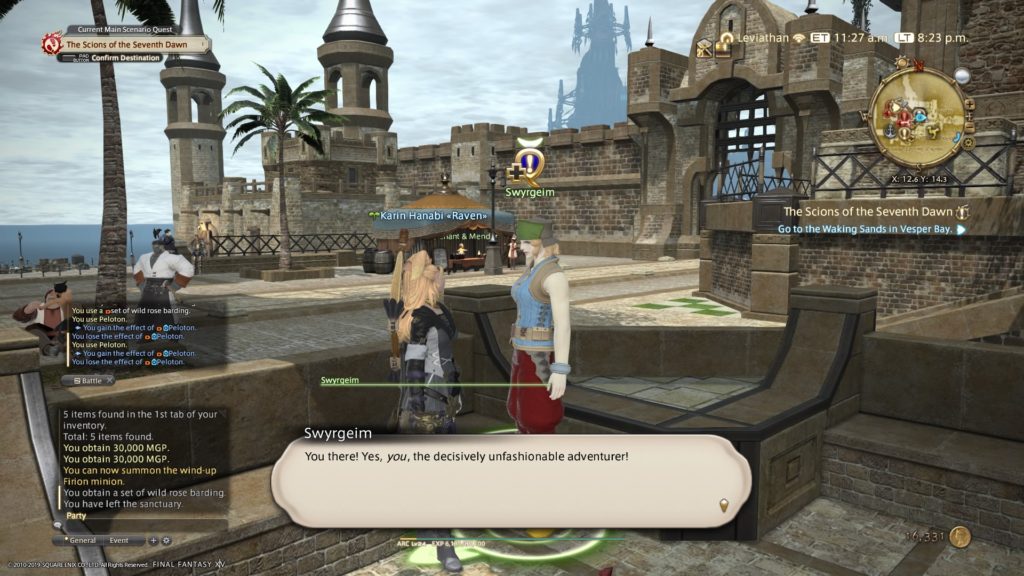 Swyrgeim: You, there! Yes, you, the decisively unfashionable adventure!
(Japanese:そこのあなた！そのめっちゃダサいあなたよ！)
I know I’m not fashonable but I think my clothes is not bad:(
She gave me advise if I bring an orange juice.
I had no choice but to bring her an orange juice.
I gave her the juice, I learned to dye.

I talked her again to do another important quest.
This quest was that she was so thirsty so she wanted to order a blood orange juice.
Wow! She really like orange juice!
I ordered and brought it to her.
Then I learned Glamours.

She was assertive but her quests ware important to dress up and the quests were easy so it was okay.

The Scions of the Seventh Dawn 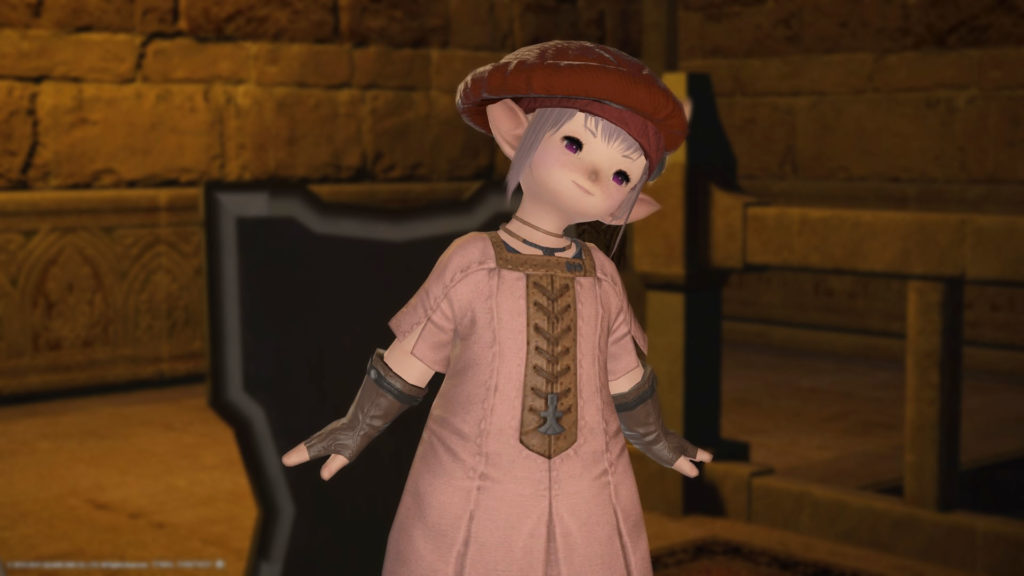 I went underground, they were there. 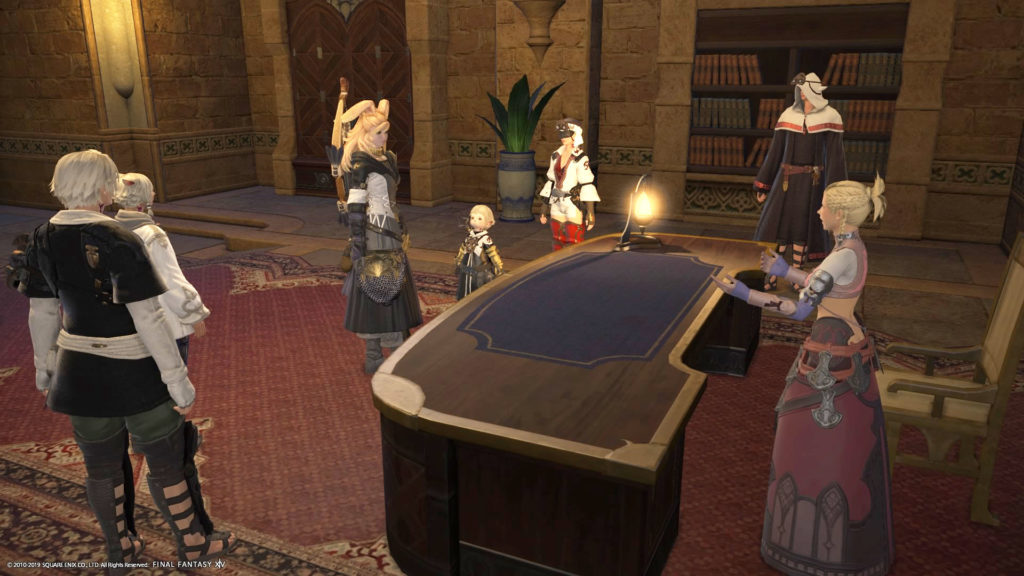 The adventures as a Warriors of Light is beginning from here!

I went a dungeon to find abbreviation but I couldn’t find them enough.

This time was easy to understand.
And I used “gg” that I brought up before.
This word is really useful.
By the way, I teach you one of a useful Japanese phrase;
よろしくお願いします(yorosiku onegai simasu).
You can use it when you are teaming up to a party, someone join your free company, and so on.
I think “nice to meet you” is a synonym for this phrase.

When I into a dungeons, there were high probability that party members’ Internet connection was cut half way.
I don’t know why but it might concern that many players access DC from far away.

Thank you for readin! See you next time.