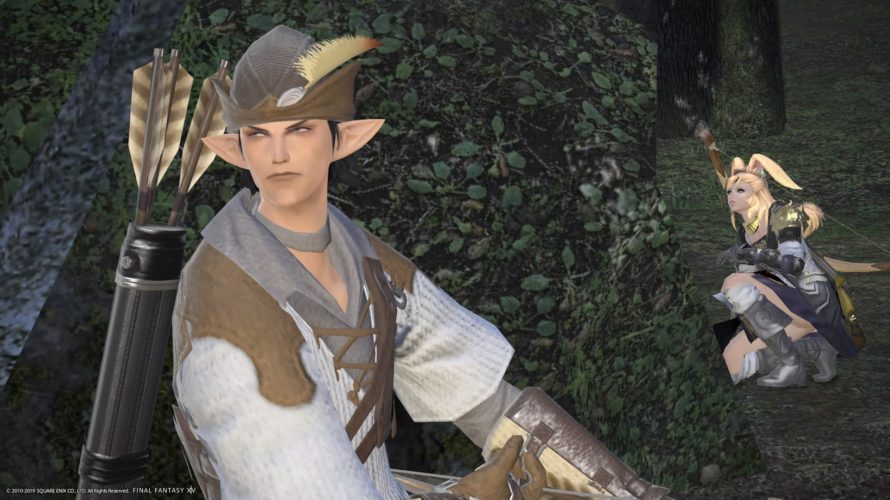 I have no friends yet, but I enjoyed my time.

A Team of Three

My archer’s level became over 30, so I received archer’s class quest.
When I arrived the guild, there ware already Silvairre and Leih Aliapoh.
The guild master said me to accomplish by a team of three.
Then Leih said such a thing. 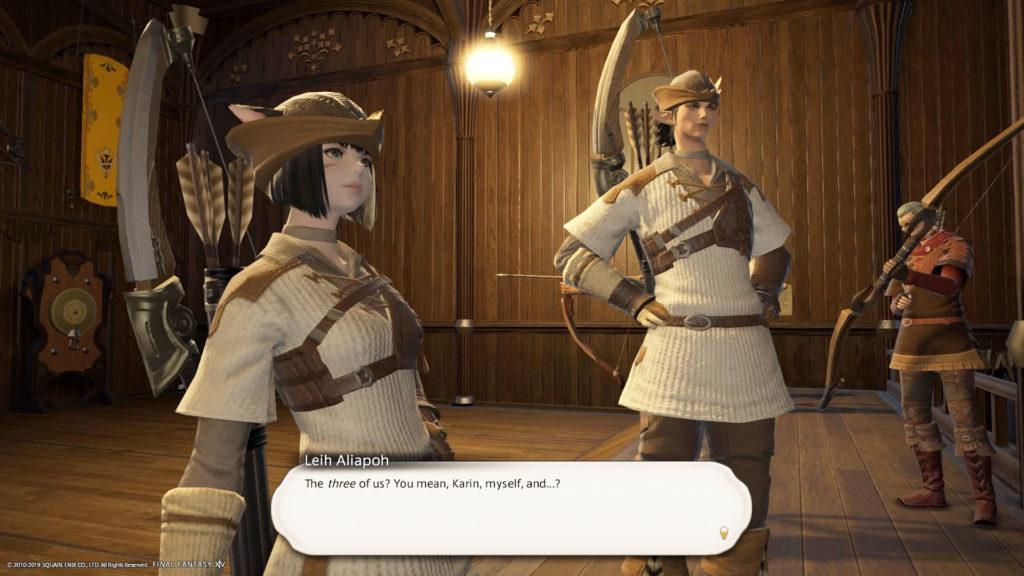 Leith: The three of us? You mean Karin, myself, and…?

Wow! She was hostile towards Silvairre.
But he could give as good as he gets. 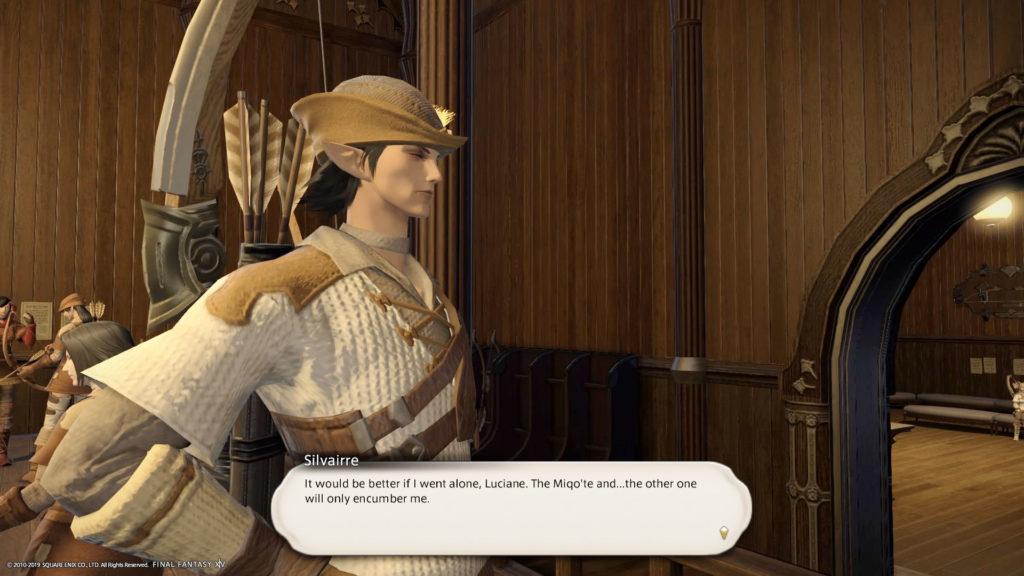 Silvairre: It would be better if I went alone. The Miqo’te and… the other one will only encumber me.

They had a squabble about that, Luciane, the guild master said us “Go right now!” so we went to accomplish the quest as a team.

While we were looking into, we were struck. 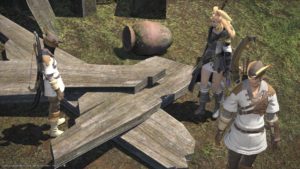 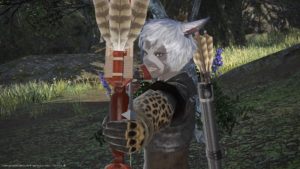 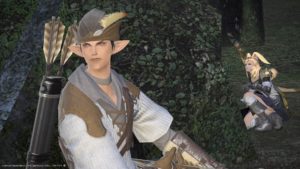 We defeated our enemies, there wasn’t Leih.
When we found her, she fought to Pouh Mujuuk.
Silvairre helped her out of a crisis.
I felt like to close the distance between their hearts.

The archer’s quest was in the South Shroud, so I dropped by Quarrymill.
I opened the Aetheryte, chocobo porter and guild leves. 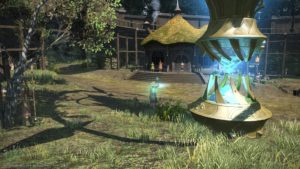 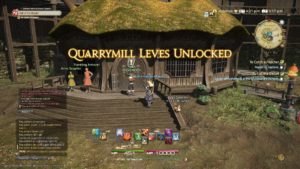 I was reporting about Tam-Tara to Miounne, there was a party in a trouble. 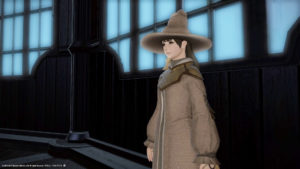 Oh, it was Edda’s party!
They lost a member cause of healing late.
I know that healer is always accused when party member is killed.

Miounne introduced Momodi to me and she is in Ul’dah so I visited her. 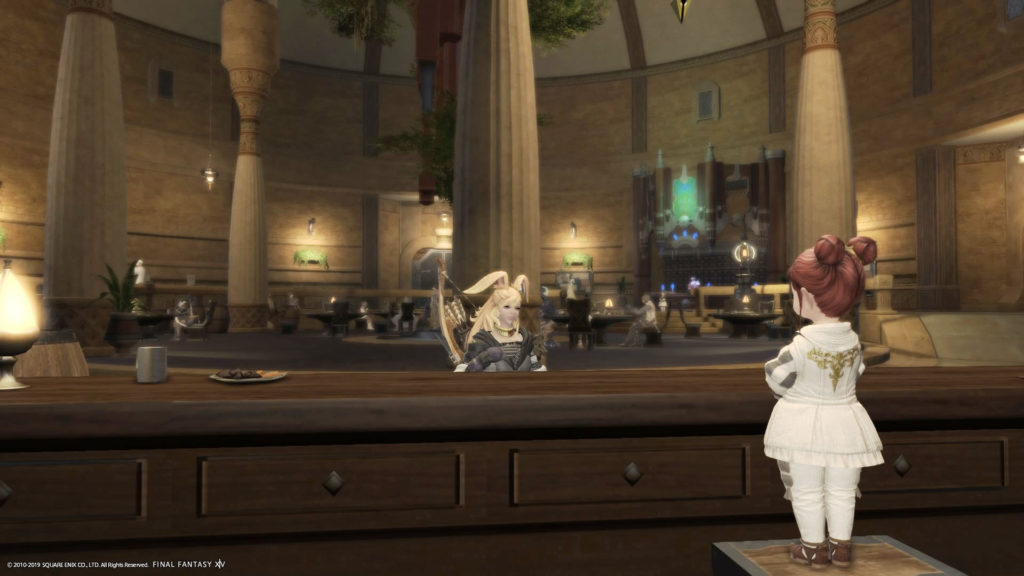 I was talking to Momodi, a Lalafell named Papashan appeared.
And I searched at Copperbell Mines. 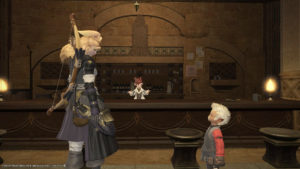 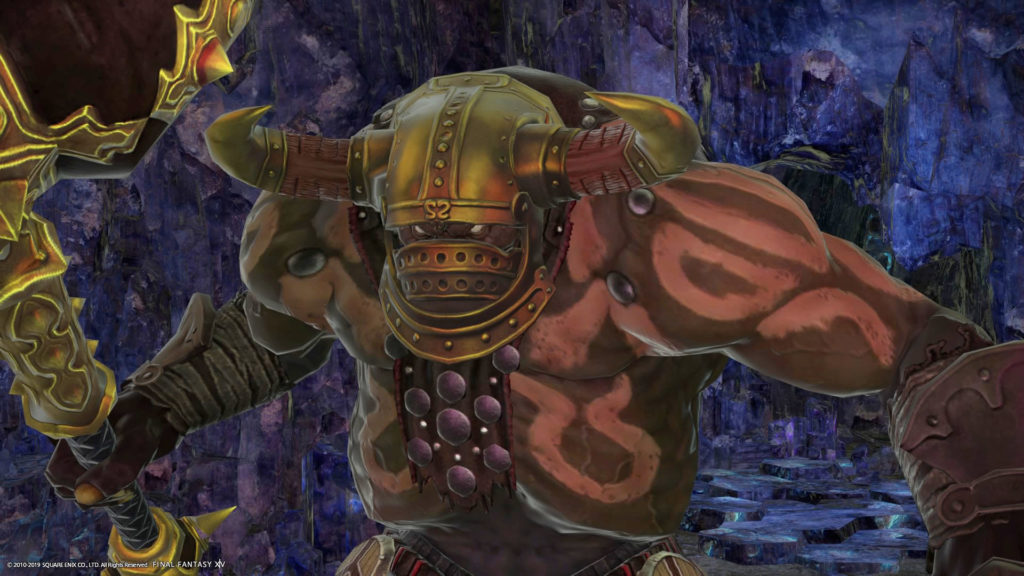 I said myself hello to the party members.
When I say hello, they responded me so I decided to say something when I am in some contents.

A tank lost his internet connection half way.
I wandered what should I do but the other members don’t care and through the dungeon without chatting.
It might be usual do not chat during dungeon.

I found some abbreviations so I introduced them.

It is difficult to communicate with foreign players, so ID was fun because I could find abbreviations there!