The man who has great skill appeared, this time!

I found Miqo’tes with important quest signs at the Drawing Wench, Limsa Lominsa.
I talked to I’towann at first. 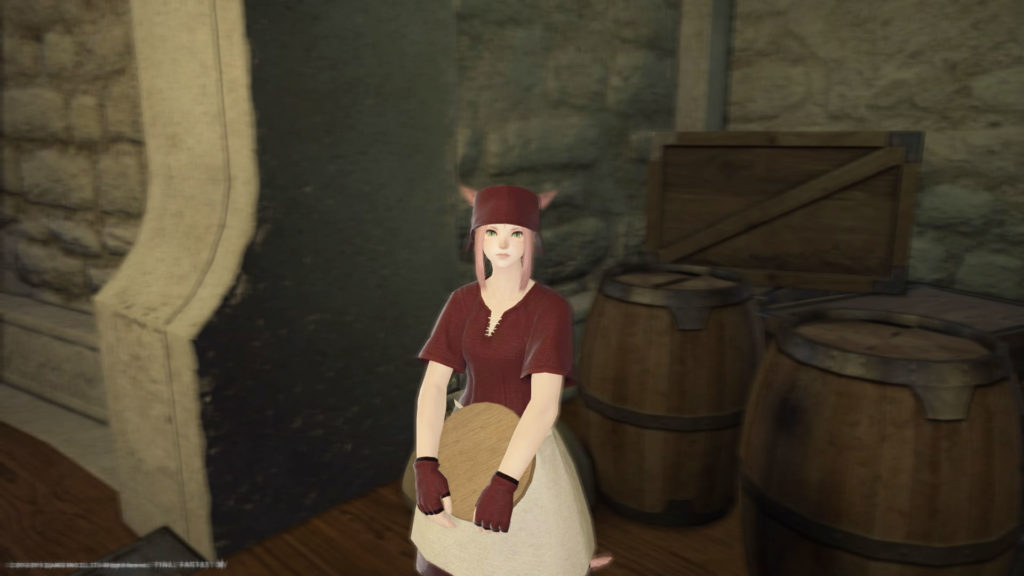 She introduced an Elezen who was at the Drawing Wench to me.
After talked with him, I spoke a Roegadyn man near the Fisher Guild, then I got Challenge Log. 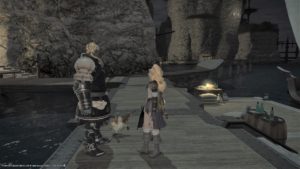 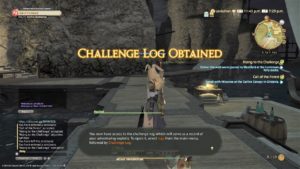 I talked another Miqo’te with important quest sign, named S’dhodjbi. 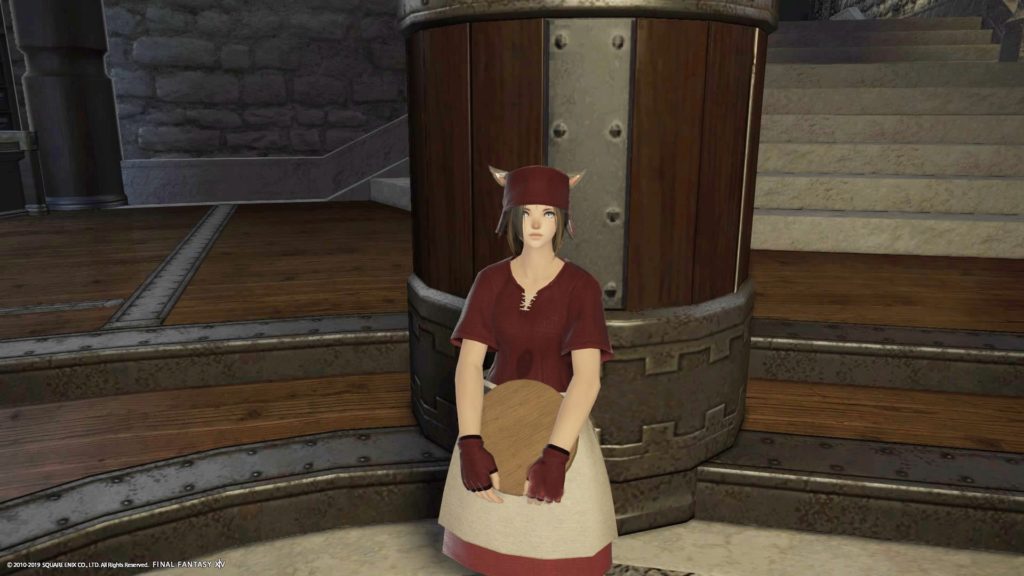 I went to the designated place, a famous man was there! 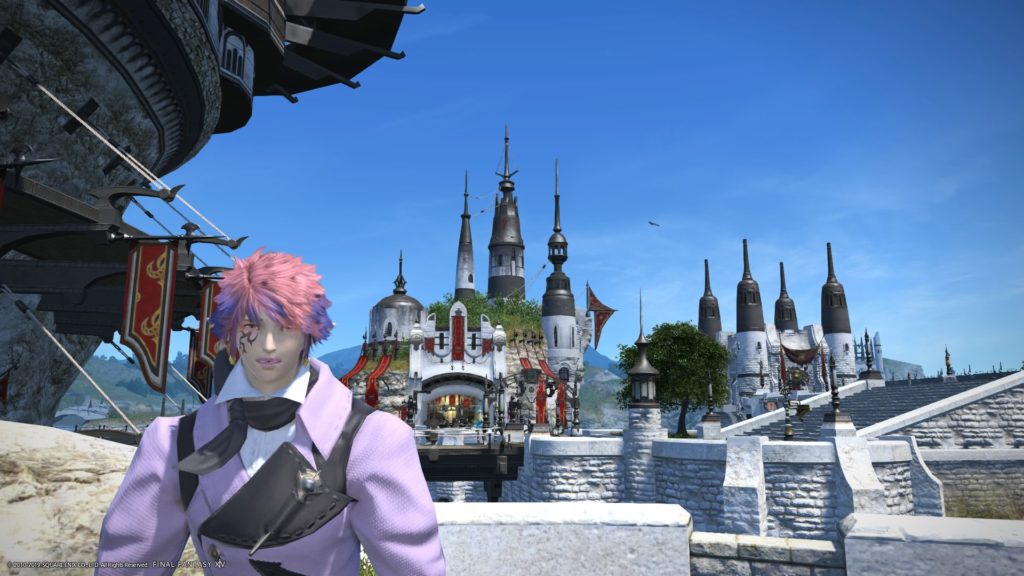 But he seemed to be strange.
He looked anxious about something.
I lent him a helping hand to bring him back to sanity.

I went to the Armors’ Guild, 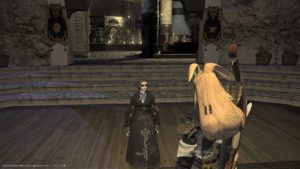 went to the Carpenters’ Guild, 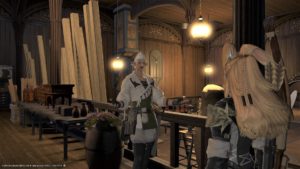 and visited Alchemists’ Guild, finally.
I received something from each Guild masters. 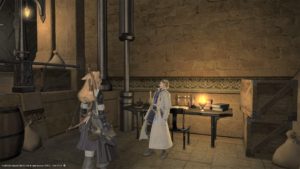 I handed items which I received items to the strange man… 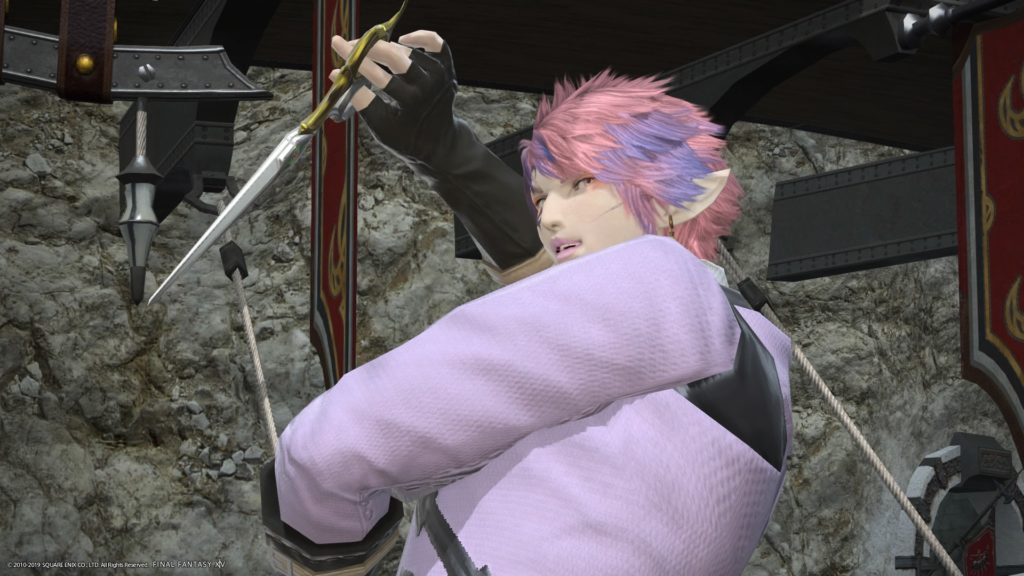 then he came to his senses:)
He thanked me so I can call him anytime even though it is difficult to make an appointment him.

I was doing main scenario it became to access to the TAM-TARA Deepcroft. 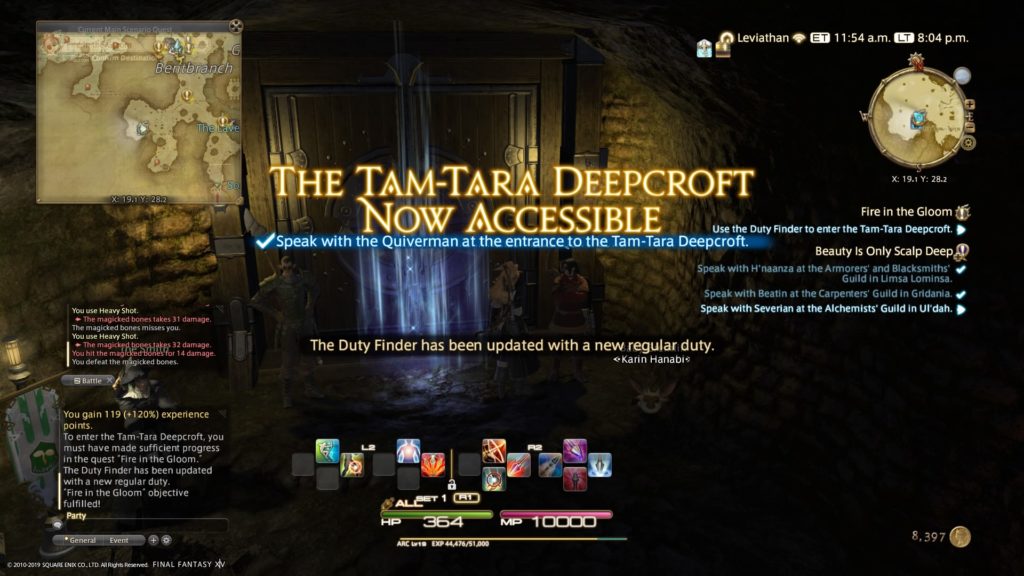 There was no wards at the beginning last dungeon, Sastasha.
This time, however, there were some greetings!
I saw “o7” in the greeting and it was the first time to see the wards.
I looked it up, it is salute, right?
I want to see more abbreviation.
It is so fun:)

I wonder what did the Aesthetician lose.
A pair of scissors?
But they can get from Armors’ Guild enough.
Umm… I don’t know, haha.
Do you have any ideas?

Necessary 常に有効
Necessary cookies are absolutely essential for the website to function properly. These cookies ensure basic functionalities and security features of the website, anonymously.
Functional
Functional cookies help to perform certain functionalities like sharing the content of the website on social media platforms, collect feedbacks, and other third-party features.
Performance
Performance cookies are used to understand and analyze the key performance indexes of the website which helps in delivering a better user experience for the visitors.
Analytics
Analytical cookies are used to understand how visitors interact with the website. These cookies help provide information on metrics the number of visitors, bounce rate, traffic source, etc.
Advertisement
Advertisement cookies are used to provide visitors with relevant ads and marketing campaigns. These cookies track visitors across websites and collect information to provide customized ads.
Others
Other uncategorized cookies are those that are being analyzed and have not been classified into a category as yet.
保存して同意