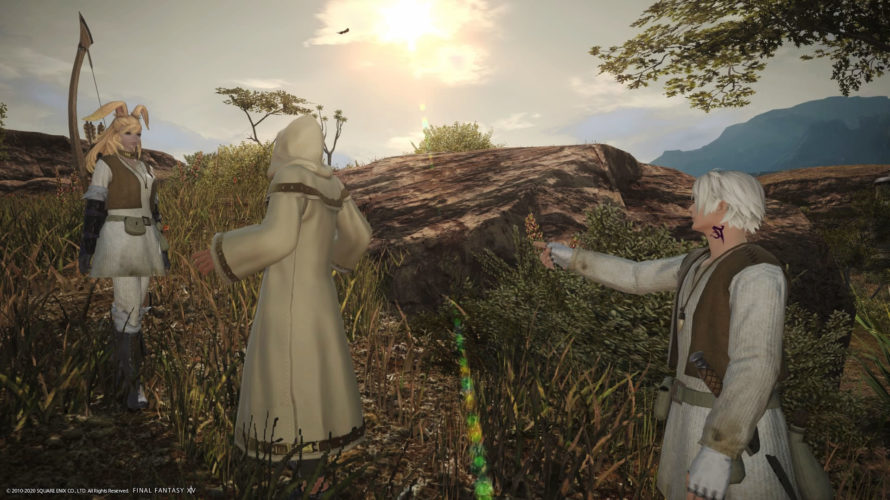 I was participating in the Valentione’s Day.
目次

It was the first time to participate in a seasonal event.
The reward of the event is so cute:)
I voted to Astrid, so I got rose series.
Unfortunately, head gear don’t display.😢 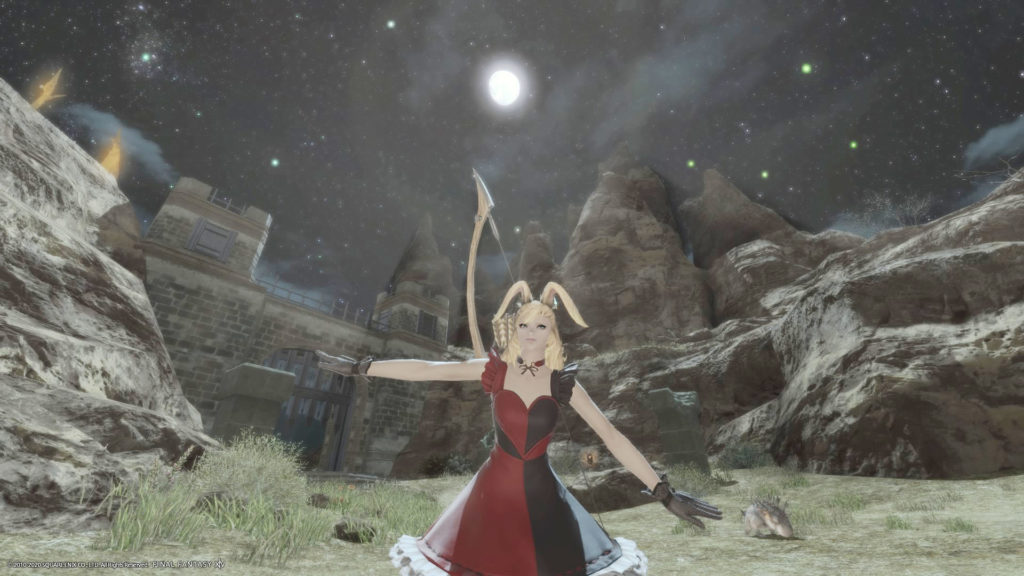 Thancred and I were disguised looks like poor to investigate lost people. 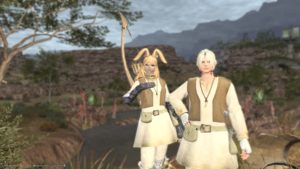 We went to the designated place, a suspicious character appeared.
The man from behind was the punk appeared at last HELLO WORLD. 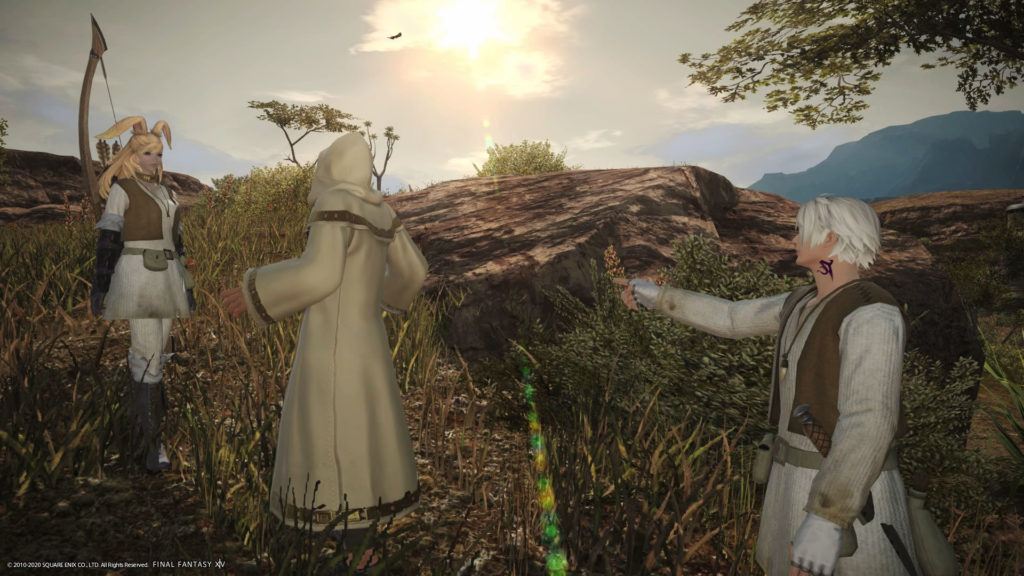 I was surprised because I didn’t think he has many chances to appear.
After this, I said good-bye to Thancred and I went back to the Walking Sands to report to Minfilia.
It stands difficult to get to so it is lazy to go there.

This time is abbreviations and they appeared before.
I often see them at dungeons so they might be used often.

I wore matching clothes with Tnacred but the clothes wasn’t cute so I was not happy.

I opened and went to Halatali, this time.
And the battle with Ifrit is soon in main scenario!

Thank you for reading.