I went for revenge to Sephirot!
TOC 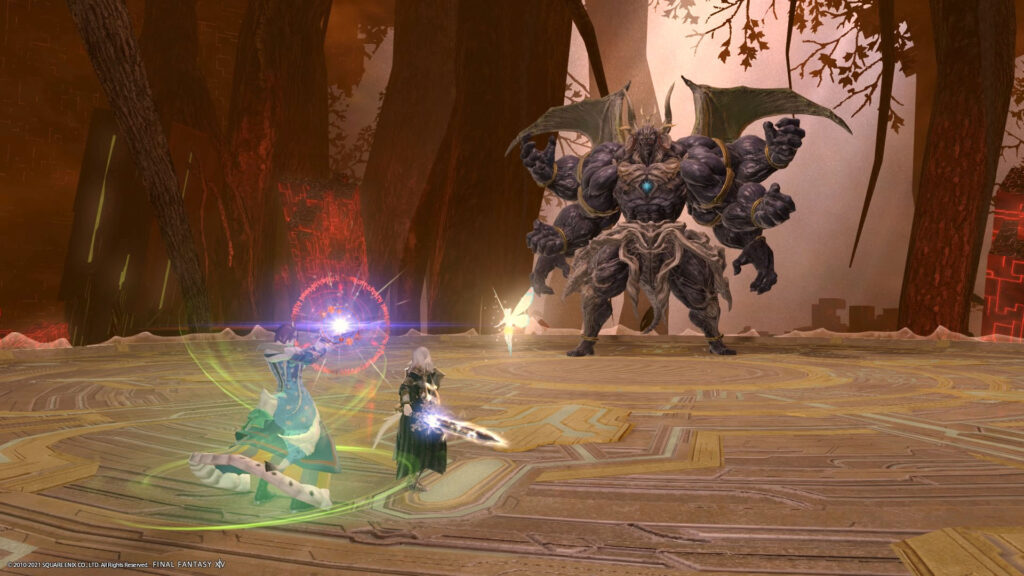 This phase is the fight before giant Sephirot.
There were nothing problems so it was okay just attack Sephirot until “Fiendish Rage”.

[Adds Phase]
This phase is also easy.
Just kiss enemies when they pop-up.
They burst when they are defeated so it’s better to spell effect like Regeon.
You don’t need to care of the order to defeat.

First half phase is up to here.
It’s kind for meathead, like me, this phase can pass just by attacking. 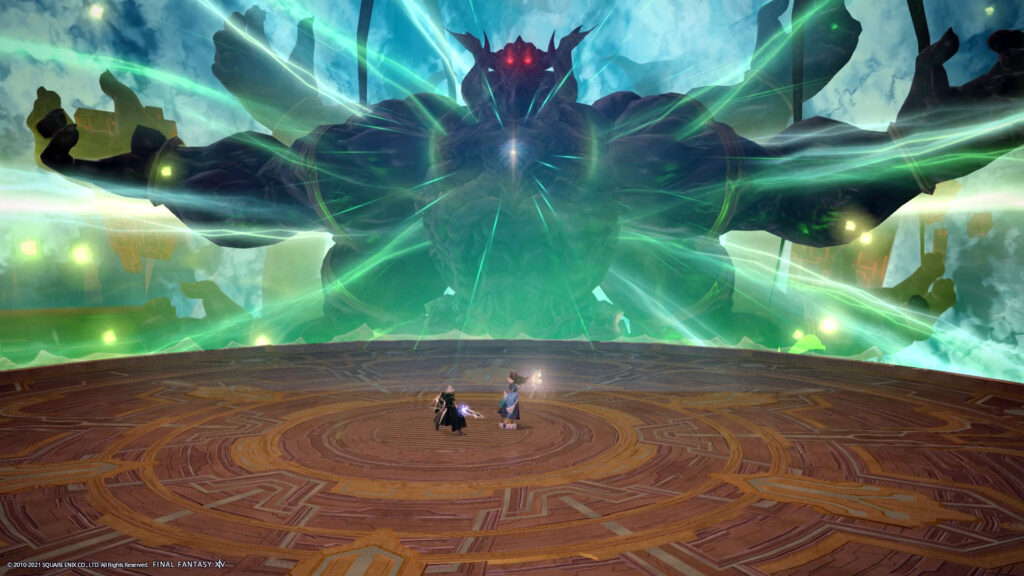 From now on, we fought to giant Sephirot.
We need to understand the gimmicks from here.

When the second half of phase begins, the floor will soon flash yellow.

We started to move after yellow flashing.

After that, Sephirot put green and orange balls from his hand.

To see own debuff color, and move to the ball as same as color your the debuff.
Then the towers were appeared, and connected by a line with Sephirot.

-Green : Move in front of the stage
-Orange : Move into the tower

If there is a healer, it’s better to create barriers for each players because the damage of the towers are too much.

The blue circle appeared, staying at out of the circle because a knock back is incoming.

When knocking back, be aware of the following;
-To stand do not fall down.
~Don’t stay the green damaged floor.

It’s coming Yesad at the same time, it doesn’t die if you receive it, so make it a top priority not to fall.

It cannot to revive when you fall!

After the blue circle, we fight in front of the stage till a knock back.
Towers are appeared while this time, it won’t die if you leave it.

After knock back, adds again.
Defeated them, Sephirot HP was 0.8% left and we keep attacking and knock him down!

I was so relieved to win this time, after the disappointment I felt last time.
It took fifth attack.(;’∀’)
I don’t have Sephirot bird, and it didn’t drop this time so I have to defeat him again.
I hope it beat down smoothly at at time.


Necessary 常に有効
Necessary cookies are absolutely essential for the website to function properly. These cookies ensure basic functionalities and security features of the website, anonymously.
Functional
Functional cookies help to perform certain functionalities like sharing the content of the website on social media platforms, collect feedbacks, and other third-party features.
Performance
Performance cookies are used to understand and analyze the key performance indexes of the website which helps in delivering a better user experience for the visitors.
Analytics
Analytical cookies are used to understand how visitors interact with the website. These cookies help provide information on metrics the number of visitors, bounce rate, traffic source, etc.
Advertisement
Advertisement cookies are used to provide visitors with relevant ads and marketing campaigns. These cookies track visitors across websites and collect information to provide customized ads.
Others
Other uncategorized cookies are those that are being analyzed and have not been classified into a category as yet.
保存して同意