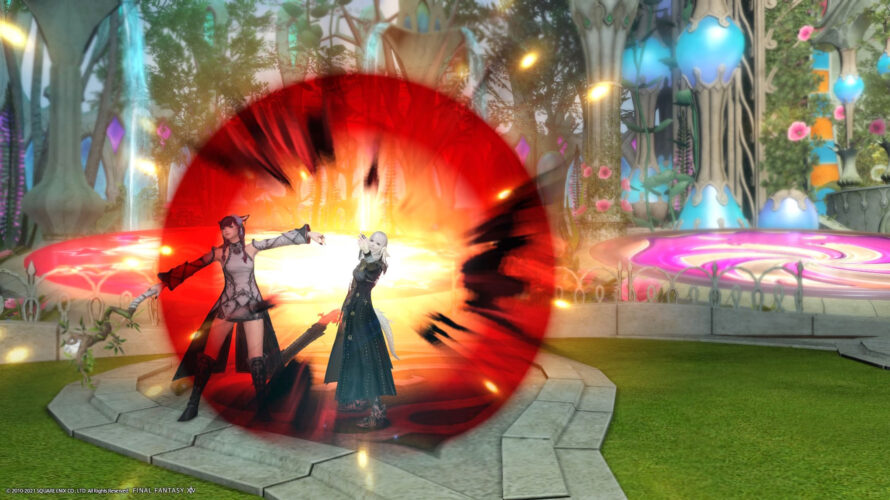 It’s been a while to go treasure hunt since I’ve been there.

Mandragoras were appeared!
We ignored them and concentrated on this big caterpillar-like enemy.
We had leeway to defeat the enemy so would try to attack Mandragoras next time!

After a short time to start of battle, two enemies were popped up, they looks like this enemy’s children.
This enemy was easy to knock down.

The background changed gold, then a loud yeti appeared.
In a short time, a Fuath Trickster and three Keeper of the Keys were appeared.
It was chaos.

It might be possible let them go past, but unfortunately, it was same time they popped up and I used Assize.
After about 30 second, Fuath Trickster left.
I didn’t notice that a Keeper of the Keys also left
I kept DoT, and made it sure to knock down them one by one.
The Keeper of the Keys left treasure boxes, yeah!

We were kicked out…

I felt Gunbreaker and White Mage were good pair.

These items were I got this time.

Items from the Keep of the Keys’ left treasure box.