Hi, this is Karin(@KarinMie_en).
We challenged to attack Sephirot.
TOC

There were nothing problems into pop up enemies.
A point to be careful is “Fiendish Range”, to be marked for both.
To receive the hits at the same place, healer was killed.
Tank, however, easy to receive them…o(´>ω<`)o I’m jearous!

Normal enemies were okay to push through.
We didn’t take care of the order to defeat them.
I felt like I was lying about the days when heals were too tight(lol). 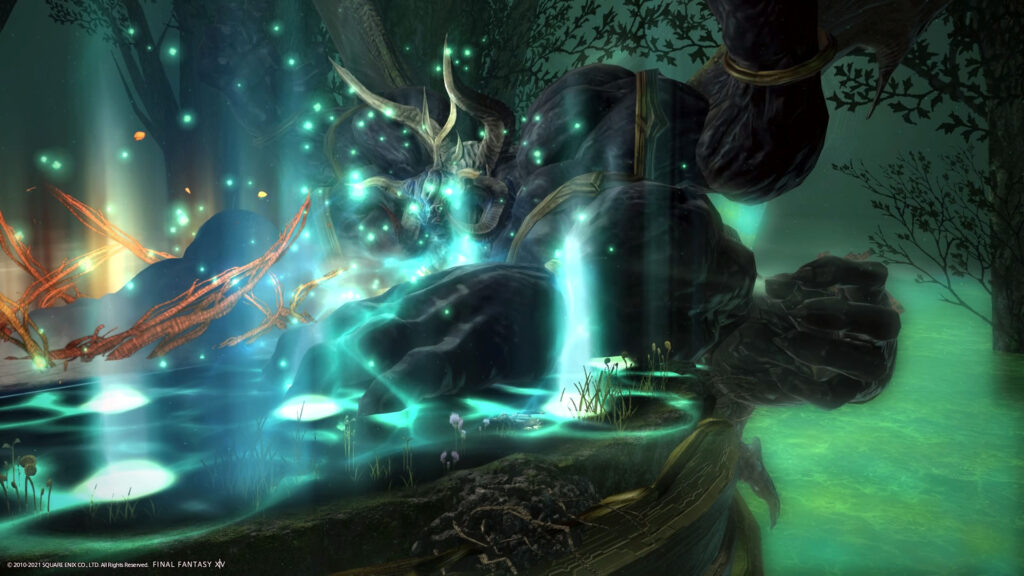 From now on, we fought to giant Sephirot.
“Force Field”, coming after “Yesad”, divided the ground into green and orange.
We had forgotten about it and we damaged almost die, and in a short time, Sephirot took us down.

Hey! What should we do with that?
It might be okay to go the same color with your debuffus.
After a short period of recalling each other’s vague memories, we entered the second round!

Yes! We passed “Force Field”, yeah!
And we also passed “Earth Shaker” and “Da’At”, we faced the gimmick “Towers”.
I was left only the image of “Towers” that tanks are into there.
But there were two towers…
I didn’t remember what happened not to enter the tower so I decided to enter!
What? I was dead.
Ekott, tank, was tattered.
Something seems to be wrong.

Karin: What should we do at the tower? I receive the damage it was instant death.
Ekott: I only have an impression that tank enter there and receive damage, but I don’t remember exactly.

Acha. It was a pair of goofballs.
For now, we decided that healer didn’t enter the tower, and the third round was underway.

We managed to get over the tower, the next attack of “Pillar of Mercy”.
The blue circle signs were displayed.
I felt danger near the circle so I was moving out so so far from the circle.
I remembered that “knock back was incoming!”, it was too late and I was falling.(;’∀’)

So much for this challnege.

It was only the first half phase to push through.
We need to understand the gimmicks at the second half phase.
I have to learn it all over again.
Some players remember the past contents gimmicks, I wonder how they memorize.

I want to have its mount and it’s frustrating to remain defeated, so I’ll try again!

Necessary 常に有効
Necessary cookies are absolutely essential for the website to function properly. These cookies ensure basic functionalities and security features of the website, anonymously.
Functional
Functional cookies help to perform certain functionalities like sharing the content of the website on social media platforms, collect feedbacks, and other third-party features.
Performance
Performance cookies are used to understand and analyze the key performance indexes of the website which helps in delivering a better user experience for the visitors.
Analytics
Analytical cookies are used to understand how visitors interact with the website. These cookies help provide information on metrics the number of visitors, bounce rate, traffic source, etc.
Advertisement
Advertisement cookies are used to provide visitors with relevant ads and marketing campaigns. These cookies track visitors across websites and collect information to provide customized ads.
Others
Other uncategorized cookies are those that are being analyzed and have not been classified into a category as yet.
保存して同意