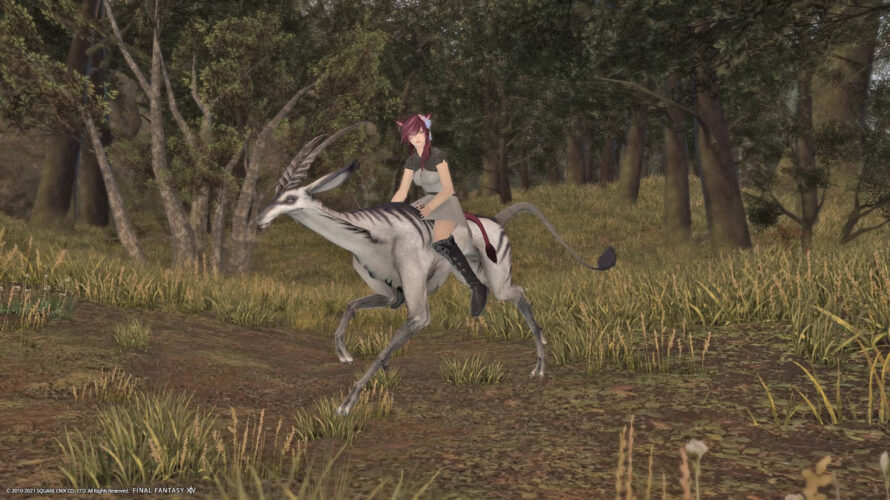 There are many Antelope Stag is South Shroud.
They have a toned body and beautiful legs, and we can ride them!
This article is about the mount “Antelope Stag”.

This is what it looks when I enter a herd of Antelop Stag. 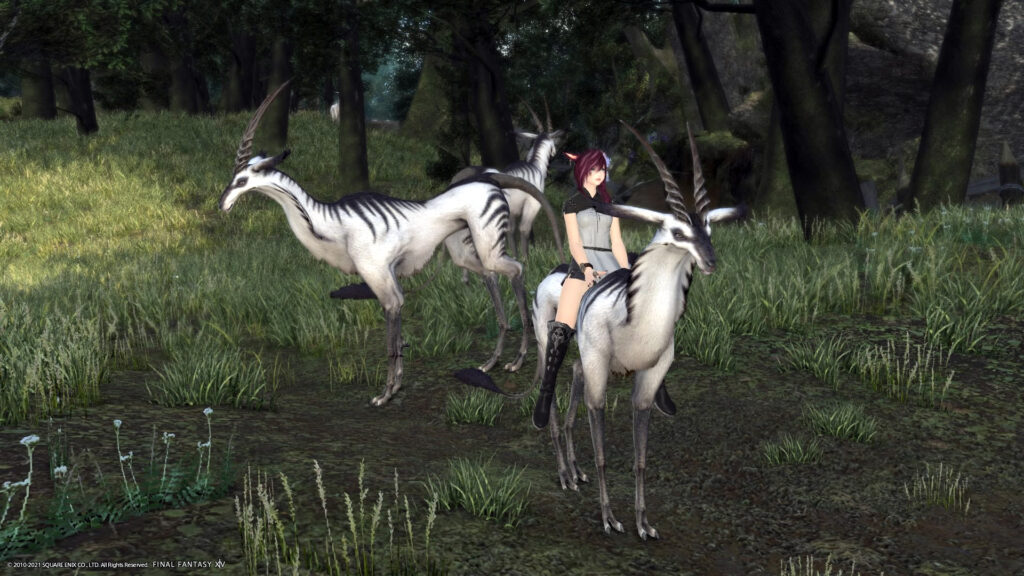 It looks like I’ve caught a wild one and ride it.

Side by side with wild one, my Antelop Stag is small like a young one. 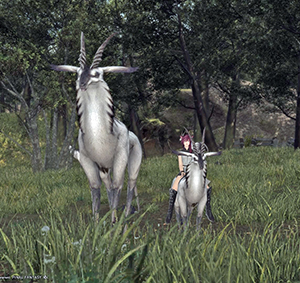 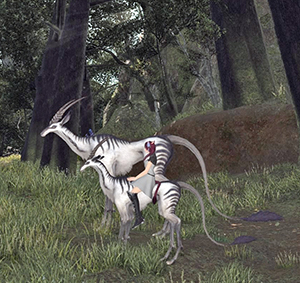 Swift and sure-footed, antelopes have been favored as mounts by the tribes of Abalathia’s Spine since ancient times. In recent years, ancient magicks have also made it possible for the creatures to fly so long as the rider has sufficient reserves of aether.

It runs fast just as it’s described as having “swift and sure-footed”.

Miqo’te’s Antelope Stag is smaller than wild one, but Roegadyn’s one is maybe as big as wild one.

When you go to The Firmament, why don’t you join Fête?